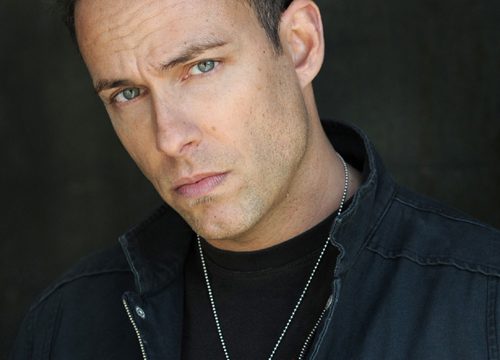 Bamford directed the November 18 episode of The CW comic book drama Arrow (the seventh episode of Season Four), where he has worked as stunt coordinator for the past four years.

Prior to that he served as the stunt coordinator on Stargate Atlantis and Stargate Universe, as well as the final two seasons of SG-1, and is one of the best in the Vancouver film and television industry. From there he moved on to Arrow, which is now in its fourth season on The CW.

BamBam not only choreographed fight scenes on Stargate but also got in on the action, working as a double for actors such as Joe Flanigan (“John Sheppard”) and Ben Browder (“Cameron Mitchell”).

He has also served as a second unit director and appeared on screen in non-speaking roles, including as a Replicator in “New Order,” an orderly in Weir’s dream in “The Real World,” and an Athosian sparring with Teyla in the Atlantis gym.

Check out GateWorld’s interview with James Bamford from 2009.

In next Wednesday’s episode, titled “Brotherhood,” the team’s conflict with the villain Damien Darkh (Neal McDonough) complicated by a shocking revelation, and Thea’s bloodlust returns.

Series lead Stephen Amell (“Oliver Queen”) tweeted that the episode “contains the most thorough, graphic and flowing stunt sequences in the history of the show.”

For more on Arrow head over to our sister site, SciFiStream.com! You can also follow BamBam on Twitter @JamesBamford, and keep up with the Arrow / Flash / Legends of Tomorrow stunt world at BamBam Fans. Arrow airs Wednesdays at 8/7c on The CW.

(Thanks to Maryanne for the tip)

You have to respect the hell out of guy’s hard work, paying his dues and landing this job.

Very happy for him.