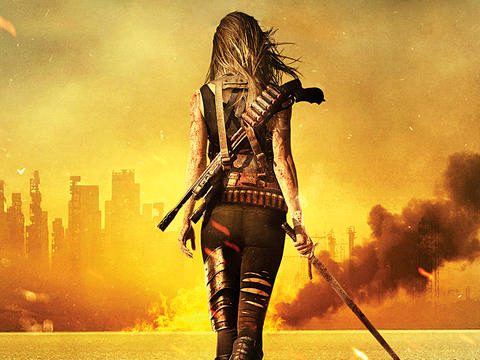 Syfy Channel has announced the cast for its new vampire apocalypse drama Van Helsing, and it includes some familiar faces from the Stargate family.

Van Helsing spins the story of the legendary vampire hunter by centering on a female lead — Vanessa Helsing, to be played by True Blood alum Kelly Overton. Resurrected from the dead, the daughter of Abraham Van Helsing finds herself in a world where vampires have taken control of society and humans live as second-class citizens.

Stargate‘s Christopher Heyerdahl (Todd, Halling) will play a human named Sam, described as “a survivor of the vampire Rising, who relies on his strength and observational skills to stay alive.”

On the vampire side of the war is Tim Guinee (Tomin), who plays Ted, “a vampire foot soldier who does battle with Vanessa and conceals a tragic past.”

Filming on the show’s 13-episode first season begins next week, looking toward a premiere this fall.

It appears there is only one female in the cast (so far). It would be really nice to have any show (new or old) feature several female leads, along with the male actors.