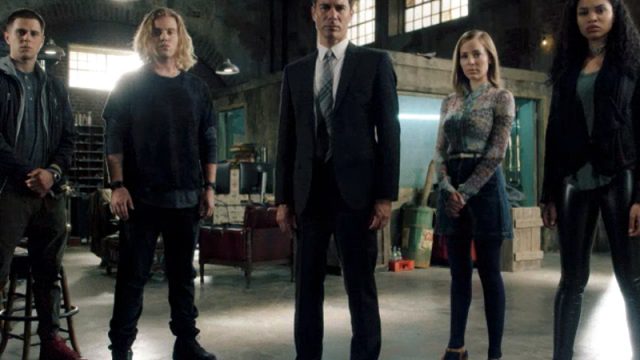 The new Showcase-Netflix joint venture Travelers will be back for a second season. The broadcasters announced that production on Season Two will begin in Vancouver in March.

Travelers hails from Stargate SG-1 / Atlantis / Universe co-creator and executive producer Brad Wright, and stars Eric McCormack (Will & Grace) as the leader of team whose minds are sent back in time from an apocalyptic future to try and avert the decimation of human civilization.

In Season Two, the team comes to realize that their missions to save the future may have altered the timeline in ways they did not foresee.

“I’m as proud of Travelers as any show I’ve ever been part of,” McCormack said. “And I’m blown away by this extraordinary young cast as any group of actors I’ve ever worked with. That the entire team is Canadian is icing on the cake, which makes my friend, Brad Wright, the cherry on top.”

Season Two will air this fall on Showcase in Canada before arriving on Netflix in the U.S. and worldwide (outside Canada). The first season bowed on Netflix just before Christmas and is streaming now.

Travelers To End At Three Seasons→

Really enjoyed the first season. All the former Stargate actors sprinkled throughout was nostalgic.

Good show, but I mainly watched it because of MacKenzie Porter, she well fit.