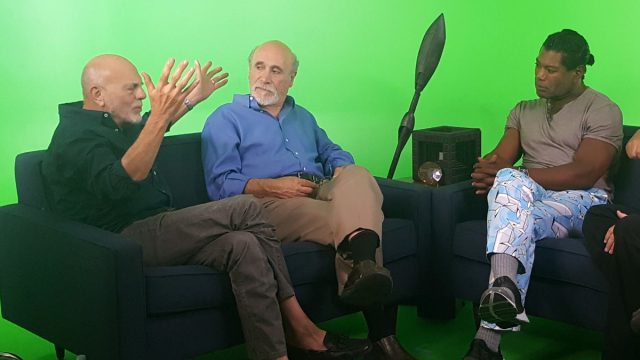 Stop me if you’ve heard this one before: Two Jaffa and a Tok’ra walk onto a green screen …

Appearing along with both Judge and Read today were long-time Stargate favorites Carmen Argenziano (“Jacob Carter”) and Tony Amendola (“Bra’tac”).

The project appears to be a series of sit-down interviews for Stargate Command, which launches September 20 worldwide. 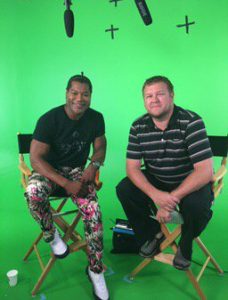 Christopher Judge and David Read sit down for a new project on Stargate Command. Source:
@iamchrisjudge

The set photos come from @StargateCommand on Twitter, and from the team behind the new project — including one posted by Judge himself (left).

“With Stargate, there was hope,” Argenziano is quoted as saying.

The pictures go a long way toward explaining comments that Judge reportedly made to a room of fans at Dragon Con in Atlanta earlier this month. According to one first-hand account the actor told attendees he has signed a deal with MGM to host a new “show,” where he interviews folks from the franchise.

Sign up for Stargate Command now (the pre-launch deal is open to U.S. residents, but the free parts of the site will be open to everyone September 20). And stick with GateWorld for the latest!