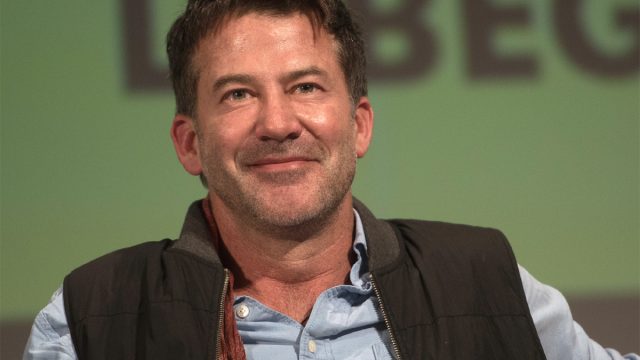 Joe Flanigan almost wasn’t Stargate Atlantis‘s leading man. The actor behind John Sheppard revealed in a new interview with Objectif Festival this past weekend that he nearly turned down the role.

“When I got the script … I actually said no, I didn’t want to do it,” Flanigan said. “I felt like I couldn’t do science fiction television, because I wasn’t good enough to be so serious.

“I had never seen Stargate. They then said, no, they would like a sense of humor. And then I saw the script in a totally different way.”

After shooting the pilot episode “Rising,” Flanigan said that he didn’t think much about what was yet to come — until he found himself face-to-face with a room of 5,000 fans at San Diego Comic-Con only days after the episode had aired in July of 2004.

Flanigan also talked about his attempts to acquire the rights to Stargate from MGM, in order to continue the Atlantis story in some form. (It’s a story he has previously relayed during convention appearances.) 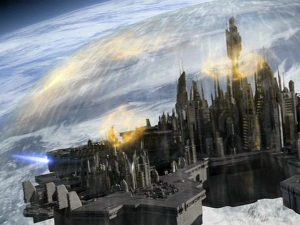 “I tried to buy it with a group of investors,” he said. “But the problem is MGM was having big problems — which is the reason Stargate Atlantis was cancelled. And they said they couldn’t sell it, but they could lease it. We could ‘lease’ the franchise.

“We made tentative arrangements for that, with the numbers and everything. And we looked at [the Czech Republic] as a place to shoot. Then they went bankrupt. When they reorganized under bankruptcy I approached a whole new group of people — and they didn’t want to do anything.”

Flanigan also weighed in on the future of the Stargate franchise and what he would like to see happen. A decade after Atlantis ended he believes a mix of old and new is what the franchise needs to thrive in its next incarnation.

“My plan was [to use] a new title, but you would bring in some guys from SG-1 [and] some guys from Atlantis. They launch a new group of people — but there would be some interaction, so that you have familiarity. And then you would see what would happen [moving forward].”

Hello, I watch Stargate Atlantis daily, it’s something so wonderful that I just cannot get it out of my mind, it’s the best Scifi on TV. I also have the disks, I so miss the crew of Atlantis, I loved the way they all interacted, if you could bring it back and Joe was in it, I would be so happy, please bring back Tehla and more of the previous actors. I miss it so much. Joe, you are my favorite star on the show as John Shepard, you are the best!!!