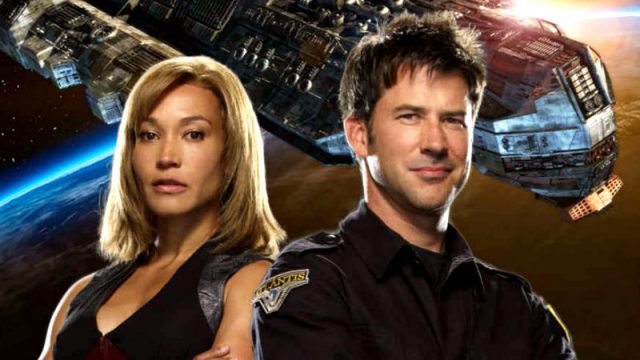 There’s a brand new Stargate Atlantis story available now for your bookshelf or your e-reader: Fandemonium has just published Stargate Atlantis: Pride of the Genii, by author Melissa Scott.

Pride is a Stargate Atlantis: Legacy novel, set in the same continuity as Fandemonium’s multi-part Legacy series that continues the story after the fifth and final season of the television show.

In the story John Sheppard’s team is called upon to help their sometimes-hostile ally, and the Genii, when their Ancient ship goes missing. From the publisher:

Pride before a fall … 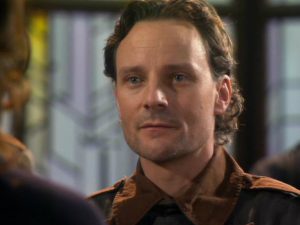 As guests of Chief Ladon Radim, Colonel Sheppard’s team witness the launch of the Genii’s first starship — Pride of the Genii.

Radim needs the Pride‘s first mission to be a success if he’s going to control the hard-line opponents of his treaty with Atlantis. So when the ship disappears, he turns to Atlantis for urgent help. With the Pride out of contact, Sheppard’s team must track her across the Pegasus Galaxy, piecing together the events of her ill-fated maiden voyage as they race to find the stricken ship before time runs out for her crew — and for Chief Radim.

But as they navigate vicious Genii politics, mysterious illnesses, and hostile wildlife, the Atlantis team soon find themselves fighting alongside the crew of the Pride — for their survival and for the future of peace with the Genii …

The eBook is also available for download in the United Kingdom, Germany (4,27 Euros), and Australia ($6.53).

Scott has written eight Atlantis novels and novellas, including Legacy books 3, 5, 6, and 8.

Visit GateWorld’s Books section to find a complete catalog of Fandemonium’s Stargate Atlantis and SG-1 novels! The official site is at StargateNovels.com.

Is this before or after the legacey series?

It’s the most recent chronologically so make sure to read the legacy series first.