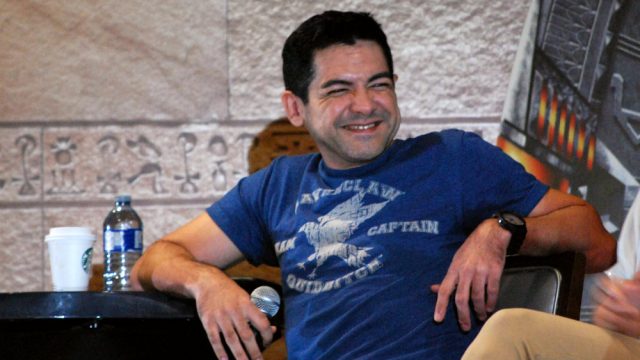 Alexis Cruz first took on the role of the Abydonian boy Skaara nearly 25 years ago, when the Stargate feature film went before cameras. But the Stargate SG-1 television series gave him an opportunity to explore that character in profound, new dimensions.

Cruz talked about playing both Skaara and Klorel — the Goa’uld parasite that took him over — during a stage panel at the Gatecon fan convention on Friday.

Compared to other actors playing other Goa’uld characters “I was in a unique situation where I had to play good and bad in the same body,” Cruz told fans. “So for me, my measure of badness was in direct relation to Skaara’s measure of goodness.” And that’s where things got interesting. 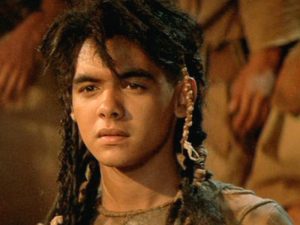 Skaara’s journey begins as an eager young man in the Stargate feature film.

“When I first created Skaara he was designed to be, from the ground up, the quintessential en jeune archetype,” Cruz said. “And so the challenge there was how do I make that interesting for an audience that thinks they know what good guys are about.

“And between the outside context of his people being oppressed, and [meeting] these new allies, and he has to go up against his ‘god’ for all intents and purposes, and ultimately end up destroying them — what does that do to one’s culture?”

Cruz added that Skaara’s encounter with Klorel turned these sorts of core motivations on their head. Viewers discovered that he was possessed by a symbiote at the end of “Children of the Gods” — but it wasn’t until the first season finale, “Within the Serpent’s Grasp,” that Klorel got his proper introduction. 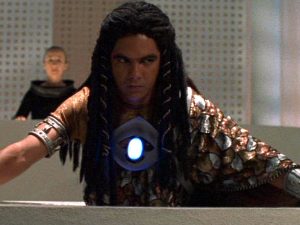 Cruz played two minds at war with one another, coming to a head in Season Three’s “Pretense.”

“When Klorel came around everything was in juxtaposition to those things,” Cruz said. “And that’s how I was able to find my landmarks for the bad guy: what is the opposite of Skaara? And so the same way I had to make all those pinpoints interesting for Skaara, I had to do that for Klorel in relation [to him].”

Cruz told his fellow Goa’uld actors on stage (Peter Williams, Jacqueline Samuda, Douglas Arthurs, and Dean Aylesworth) that while they played only the evil side of their characters, his task was different.

GateWorld’s full coverage of Gatecon continues! Stay tuned for more for the panels, plus a big photo gallery, cast and crew interviews, and more.

I still record SG-1 and Atlantis to watch them great shows, but if you’re not bringing back the show for television this is meaningless to those of us who love the show

I disagree with the “meaningless” comment… just reading the article took me back to the joy I experienced while watching that episode and remembered everything about it which was great fun in itself and in understanding that the Actor had such a tough role to play both good and evil pretty much in the same scene was enlightning… I believe he did a great job….. And yes I too wish they would bring another Stargate show to TV.

agreed. i enjoy hearing of their experiences.

I enjoyed reading this and I too have the series DVDs for SG1. I watch them regularly.