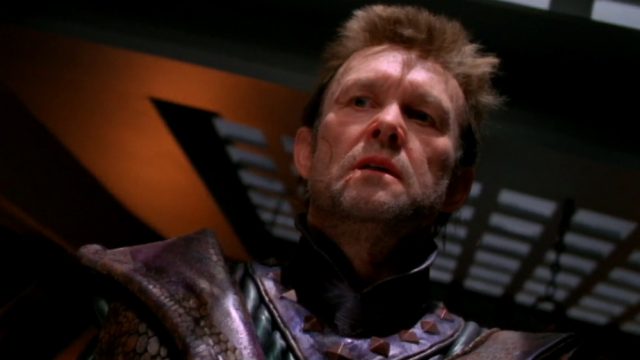 Actor Paul Koslo has passed away at the age of 74, Deadline reports.

Born in Germany and raised in Canada, the veteran character actor was known for playing hardened villains and antagonists — and his appearance in the Stargate franchise was no different. Among his credits are 1971’s The Omega Man, as well as appearances on The A-Team, The Incredible Hulk, Knight Rider, Buck Rogers, CHiPs, The Dukes of Hazard, Walker, Texas Ranger, and the original 1990s comic book series The Flash.

In 1996 he appeared in an episode of MacGyver, which starred Stargate‘s Richard Dean Anderson. 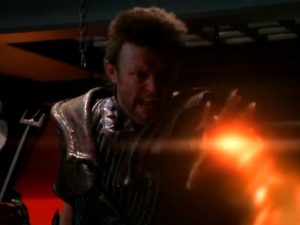 He appeared just once on Stargate SG-1, though the character was a memorable one. In the fourth season episode “The Serpent’s Venom” he played the Goa’uld torture master Terok, who worked in the service of the System Lord Heru’ur.

After Teal’c (Christopher Judge) was captured, Terok tortured him and attempted to record his confession of sins against his gods.

It would be one of Koslo’s final screen credits, in 2000.

Koslo died January 9 of pancreatic cancer at his home in Lake Hughes, California, surrounded by his family. He is survived by his wife Allaire and daughter, Chloe.

I have seen all the tv shows mentioned in the article. And I could have sworn I seen him before once I saw him on Stargate.

Rest in peace. I always knew as a bad guy role. I need see his old movies in which. He plays non-villain

May he rest in peace. He looked very young as Terok…