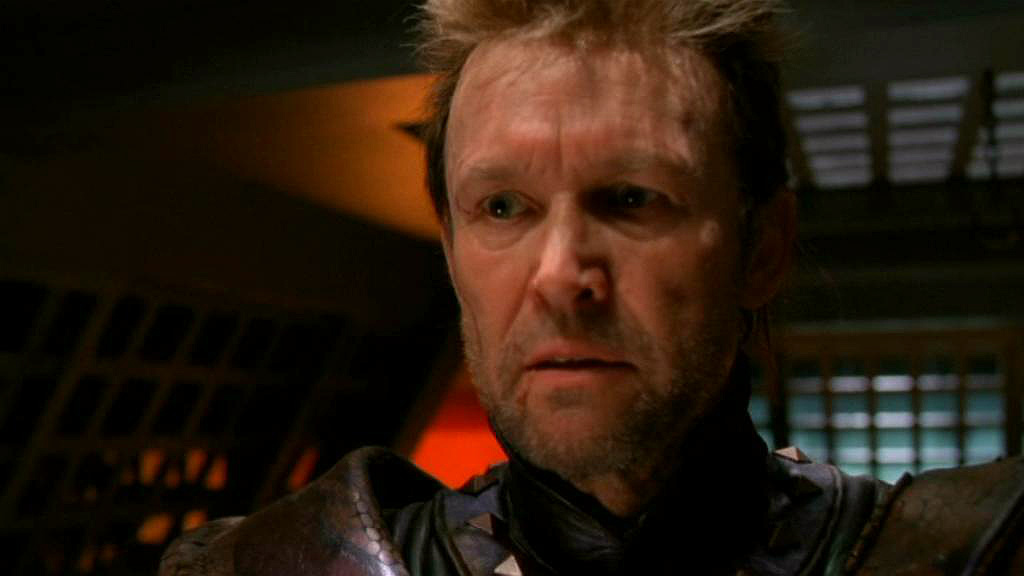 A Goa'uld torture master in the service of the System Lord Heru'ur, Terok was assigned to make an example of Teal'c's betrayal of his "god" in hopes of crushing the spirit of the Jaffa resistance movement. When the Jaffa Rak'nor handed Teal'c over to the Goa'uld, Terok tortured him in front of a recording device.

In the end, Teal'c made a fool of Terok by holding his ground. In a rage, Terok destroyed the recording device and swore to kill Teal'c just once before he was revived with a sarcophagus and handed over to Apophis, as a pledge of Heru'ur's new alliance with him. But when Rak'nor had a change of heart and turned on Terok, the Goa'uld was apparently killed before being transported to Apophis's mothership in Teal'c's place.

The act helped to throw the new alliance into chaos, and Apophis destroyed Heru'ur.

The Serpent's Venom - Terok tortures Teal'c, who has been captured by Heru'ur, in an attempt to break him and use his confession against the Jaffa resistance.