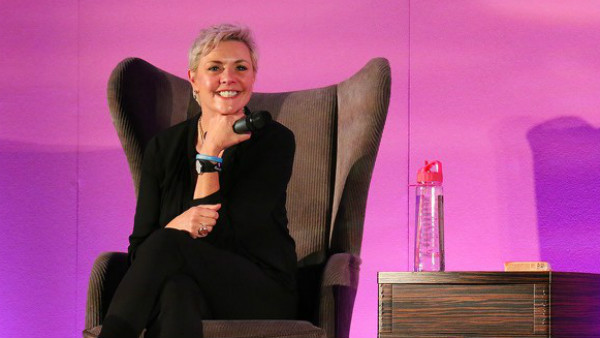 Fancy a weekend with Amanda Tapping in London next spring?

GABIT Events has just announced the latest in its series of boutique fan conventions, featuring the “Samantha Carter” actress — and another special guest. Joining Amanda at this year’s “AT” event is her former Stargate SG-1 co-star Teryl Rothery (“Janet Fraiser”). 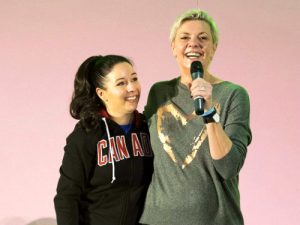 Amanda hangs out with fans at GABIT’s “ATX” event in 2018. | Photo: @ofwhalesinstars

This is the eleventh “AT” event put on by GABIT since October of 2005. The organizers created the non-profit event as a way to create an intimate space for fans to see the actress in person. (The organization’s moniker stands for “Get Amanda Back in Town!”) It’s meant to be an antidote to larger conventions where fans spend hundreds of dollars for what ends up being a few fleeting moments with their favorite actor while moving through an autograph line.

GABIT has also raised more than £100,000 in charity for Hearing Dogs for Deaf People, as well as supporting the SG-1 cast charities Sanctuary for Kids, Waterkeeper Alliance, and others — more than £270,000 in total.

The most recent event, “ATX,” was in April of 2018. It was advertised as the last, and drew 250 fans from 25 countries, according to YVR Screen Scene. Plans were then announced to rethink the convention in a somewhat different format.

Details and booking info is coming soon. Meanwhile fans planning a trip to Inspirations 2020 can join in the discussion on the GABIT Events thread at GateWorld Forum!