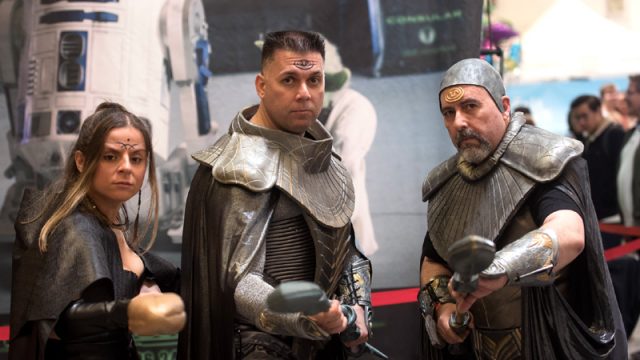 Stargate favorite Tony Amendola was on stage last week at a fan event in Montpellier, France — and he brought his Jaffa brothers and sisters with him.

The actor behind Stargate SG-1‘s Master Bra’tac appeared at TGS Montpellier, held in the French city March 30 and 31. 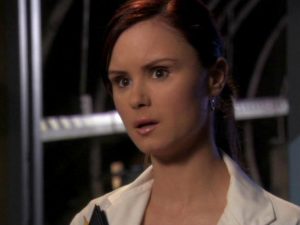 Tracy also appeared in one episode of Stargate SG-1: she played the xenobiologist Dr. Redden in the tenth season episode “Uninvited.”

Also there to bring a little Stargate to the fan event was a group of Jaffa cosplayers from Stargate Legend. The Spain-based group of fans include Pablo González (as Bra’tac), Rosa Carrion (as Ishta), and Natan Fernandez (as one of Apophis’s Jaffa).

When it was clear that fans of Tony’s work on Stargate had shown up to represent the noble Jaffa people, they were invited onto stage to flank the panel — just in case any System Lords showed up.

Here’s a partial preview of the gallery, which features 35 images from our friends at Objectif Festival. Click here for the full TGS Montpellier photo gallery!

A big thanks to Brice for providing these.

He is such an amazing actor!