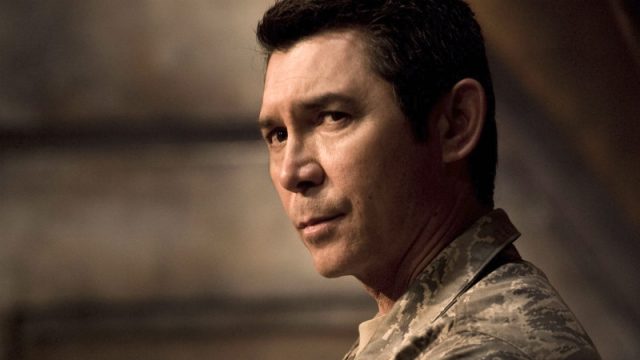 SGU actor Lou Diamond Phillips is headed to network television this fall. Today FOX announced that it has picked up the pilot Prodigal Son to series.

Phillips has a role as a series regular, playing a character named Gil Arroyo.

He played Colonel David Telford in a recurring capacity on Stargate Universe, which aired from 2009 to 2011 on Syfy Channel in the U.S.

Prodigal Son is a dramatic procedural with a darkly comedic tone. It follows a group of NYPD investigators who recruit a criminal psychologist, who is the son of a serial killer, to help solve crimes.

The new series will also star other recognizable faces from the science fiction and fantasy genres. Leading the series is Tom Payne, who played Jesus on The Walking Dead. The Orville‘s Halston Sage is also a part of the cast.

Phillips tweeted a celebration of the news this afternoon:

Prodigal Son is one of three new dramas picked up by FOX today. The others are Deputy, a still untitled series from Annie Weisman and Jason Katims; and neXt, a sci-fi-themed show about the growing threat of a powerful artificial intelligence.

neXt comes from writer and executive producer Manny Coto, who headed up the final season of Star Trek: Enterprise.

Following the end of Phillips’ series Longmire, he has recently played recurring roles on Blue Bloods and NCIS: New Orleans.

FOX will announce its broadcast schedule for the 2019-2020 season at its upfront presentation on Monday, May 13.

The story of the prodigal son is about a kid who doesn’t know how to save his money or properly support himself, and so, has to return home.
It’s the opposite of “frugal”

Are you trying to insult him, or are you just unaware of the meaning of that term?