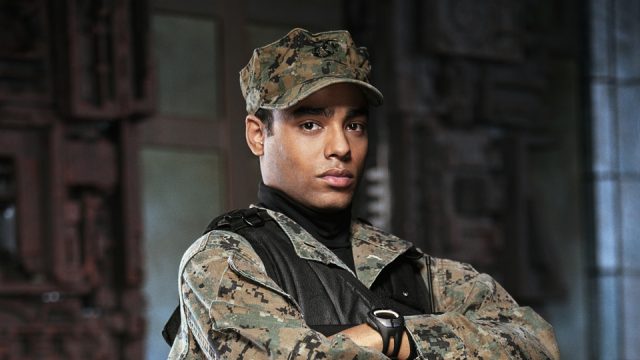 UPDATE: Rainbow will be arriving late on Friday due to filming, and will be at the convention Saturday and Sunday. Check with Creation for updates to his stage appearance and photo op availability.

Lt. Ford is making a return! At least in convention form.

Francks will appear on-stage during the weekend. He’ll also be available for paid photo ops, and will host a table in the vendor’s room to meet with fans and sign autographs.

Photo ops with Francks go for $40 (USD). You can purchase tickets for the three-day convention at CreationEnt.com

Also noted in a recent Gateway convention update is a change of appearance date for Stargate Atlantis and Stargate Origins actor Connor Trinneer (Michael, Professor Langford). Due to a change in his filming schedule, Trinneer will appear Saturday instead of Friday for his on-stage appearance, autographs, photo ops, and VIP meet & greet.