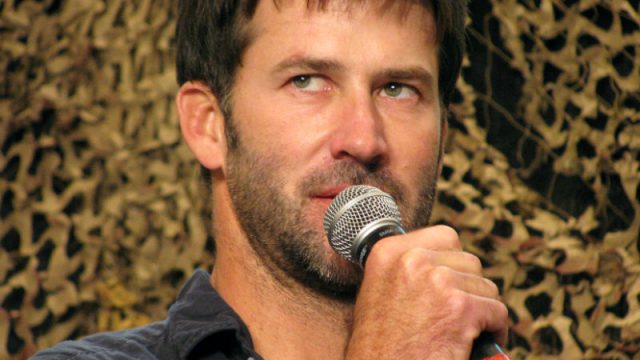 Joe Flanigan on stage in Chicago in 2009 | Photo by Elephantgirl

Stargate is on its way back to the Windy City!

Creation Entertainment has announced “Gateway: An Anniversary Salute To Stargate,” its first Stargate-centric convention in Chicago, Illinois since 2016. The event is scheduled for June 21 to 23, 2019, at the Westin O’Hare Hotel.

Jones will host the weekend as Master of Ceremonies.

Tickets for next year’s event are not yet on sale. UPDATE: Tickets are on sale now!

Head over to CreationEnt.com to sign up for updates, and watch GateWorld for more!

This story has been updated.

Trying to subscribe at CreationEnt. Com but confirmation link does NOT contain a link