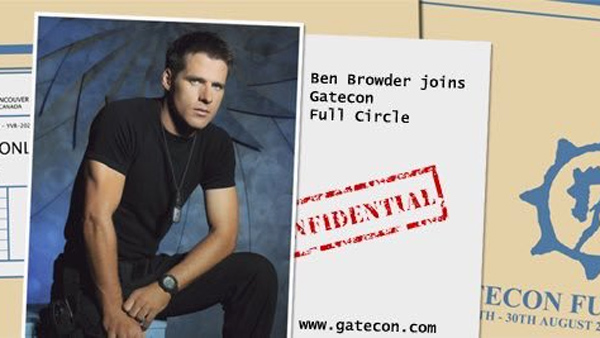 Three more familiar faces have been added to the line-up for Gatecon: Full Circle, the Stargate fan convention set for this time next year in Vancouver, British Columbia.

Ben Browder (“Cameron Mitchell”) will appear as a headliner at the event. He is the first regular cast member from Stargate SG-1 to be officially announced for the event, which will also feature previously announced Stargate Universe cast member David Blue (“Eli Wallace”). 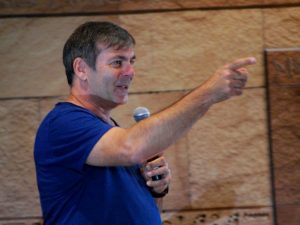 Martin Wood appears on stage at Gatecon: The Invasion in 2018.

Finally, fans at Gatecon 2020 will get to learn more about the action behind-the-scenes with long-time director Martin Wood. He started on the franchise with SG-1‘s first season, directing 76 episodes of SG-1 and Atlantis before departing to direct and produce Sanctuary (with Amanda Tapping and Damian Kindler).

Gatecon: Full Circle will take place over the weekend of August 27 to 30, 2020, at the Sheraton Vancouver Airport in Richmond.

Additional guests will be announced in the weeks ahead.

Stick with GateWorld for the latest news, including the upcoming start of ticket sales for Gatecon: Full Circle. And find info about more events on our new Conventions page!