Browse: Home / 2019 / September / Mitch Pileggi Will Recur In The Fifth Season of Supergirl 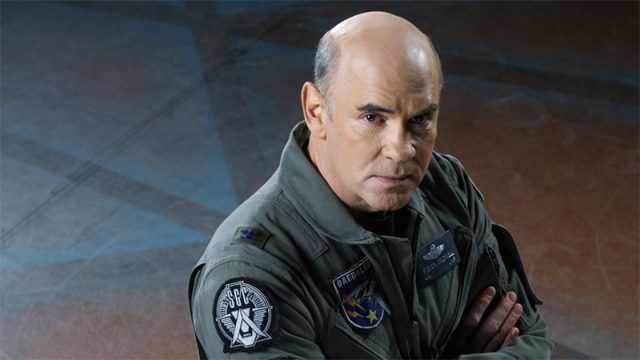 Actor Mitch Pileggi is joining the Arrowverse, booking an ongoing role on The CW’s Supergirl.

Deadline reports that Pileggi has been cast in a significant recurring role in Supergirl‘s upcoming fifth season.

He’ll play Rama Khan, described as “an ancient alien who is able to control the four ancient elements — fire, water, earth, and air. Arrogant and willful, Rama Khan has been entrusted to use his powers to protect the Earth from mankind for millions of years but now his agenda puts him at odds with Supergirl as well as Lena Luthor.” 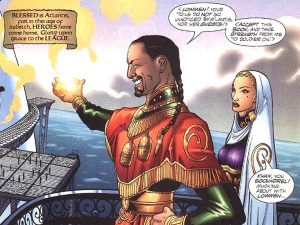 Pileggi first made his mark in science fiction and fantasy as FBI Assistant Director Walter Skinner on The X-Files. On Stargate Atlantis, he played the no-nonsense Daedalus commander Steven Caldwell for four years in a recurring role.

He also recently appeared in an episode of American Horror Story.

Also joining the Supergirl cast this year is Cara Buono (Mike’s mom Karen Wheeler on Stranger Things), Deadline reports. She will play Gamemnae, another ancient alien who wishes to use technology to subjugate humans. “Gamemnae’s agenda puts her into conflict with her would-be allies and on a collision course with Supergirl,” according to the site.

Created by Doug Mahnke and Joe Kelly, both characters originated in DC Comics in 2002’s JLA #62, where the characters and their power are connected to — wait for it — the ancient city of Atlantis.

Supergirl returns with its fifth season premiere on Sunday, October 6 in the United States.