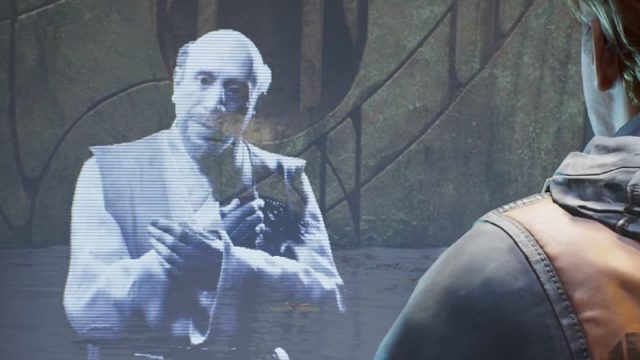 What color is your lightsaber? Tony Amendola’s is blue.

Amendola plays Eno Cordova, a Jedi Master from the era that saw the rise of Sheev Palpatine’s Galactic Empire and the downfall of the Jedi Order. He appears in the new game as a holographic recording, directing main character Cal Kestis to his next objective. 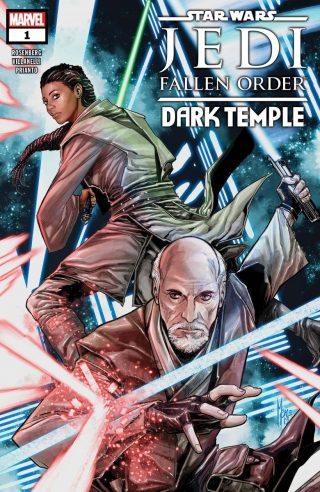 Check out a cutscene below — but watch out for spoilers for the game.

The character is also featured in the current Star Wars: Jedi Fallen Order – Dark Temple comic book series from Marvel. The first issue dropped in September, and fans noticed at the time that the Eno Cordova character bears a striking resemblance to the Bra’tac actor.

Issue #4 is at comic stores everywhere this week.

Jedi: Fallen Order is a major release for EA and the Star Wars franchise, and a hot commodity for the holiday buying season.

Tony’s appearance in the game marks, by our count, the second appearance of a Stargate actor in the Star Wars universe. The first was Janina Gavankar, who starred as Iden Versio in 2017’s Star Wars Battlefront II — both providing the voice and performing the digital character through motion capture.

Gavankar played Sergeant Duty Mehra in the episode “Whispers,” in the fifth season of Stargate Atlantis. 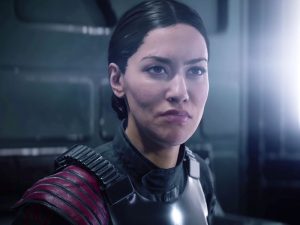 Tony has another distinction, though: As far as we can tell, he’s the only actor this side of the known universe who has appeared in all three of the Star Wars, Stargate, and Star Trek franchises. (He played an alien in the Star Trek: Voyager episode “Muse.”)

Julian Sands, who was The Doci in “Stargate SG-1” 9×3 “Origin,” 9×10 “The Fourth Horseman: Part 1,” and the movie “Stargate: The Ark of Truth”
was also the voices of Grand Moff Regus / Lord Ryvus / Officer Keeling / Yudin Thul in “Star Wars: The Old Republic” video game.

Awesome! This is great to know — thanks for the tip.