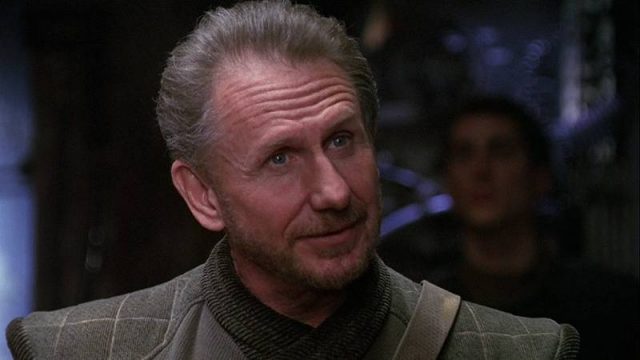 Stargate SG-1: "The Other Side"

Actor René Auberjonois died at his home in Los Angeles on Sunday, his son confirmed to the Associated Press. He was 79.

Science fiction fans around the world knew and loved him for his 7-year performance as the shape-shifting Constable Odo on Star Trek: Deep Space Nine. The show ran in syndication from 1993 to 1999.

Before that his remarkable and storied career stretched over decades, from theatre work in the 1960s (where he won a Tony Award for his performance in the musical Coco) to film in the 1970s, and television in the 1980s and 90s. Born in New York in 1940, he made his film debut as Father John Mulcahy in the film adaptation of M.A.S.H.. For four years he played Paul Lewiston on Boston Legal. 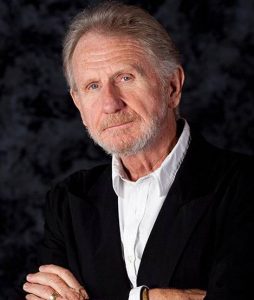 We grew up with him as Clayton Endicott III, the governor’s stiff chief of staff on the sitcom Benson. That role earned him an Emmy nomination for best supporting actor in a comedy in 1984.

His list of credits runs more than 200 roles. He appeared in recurring roles on Fraiser, Warehouse 13, and Madam Secretary. He did a lot of voice work for animated shows like Johnny Quest, The Smurfs, Batman: The Animated Series, and Justice League. And he voiced Chef Louis in Disney’s The Little Mermaid, singing the memorable number “Les Poissons.”

Before he was cast as Odo he played a Federation officer in Star Trek VI: The Undiscovered Country. He would also direct eight episodes of DS9, plus two episodes of Marblehead Manor.

In 2000 Auberjonois guest starred on Stargate SG-1. In the episode “The Other Side” he played Alar, leader of the Eurondans, who appealed to Earth for help in fighting against an enemy on their planet. As SG-1 investigated they discovered that the Eurondans were Nazi-like white supremacists, whose war was in fact a campaign of ethnic cleansing.

The actor’s cause of death was metastatic lung cancer. He is survived by his wife of 56 years, two sisters, two children, two children-in-law, and three grandchildren.

René’s final post to social media came on December 5 — a quotation from novelist Marjane Satrapi: “Life is too short to be lived badly.”

Stargate revived is the best news I’ve heard in sooooo long. I am up for anything though I was not crazy about Universe. Bring it on!

Wow, I only found out now. That’s pretty sad news to me. I was never a huge fan of the character, but I had great respect for the actor, and I will miss his tweets of Odo bucket drawings for fans. :(