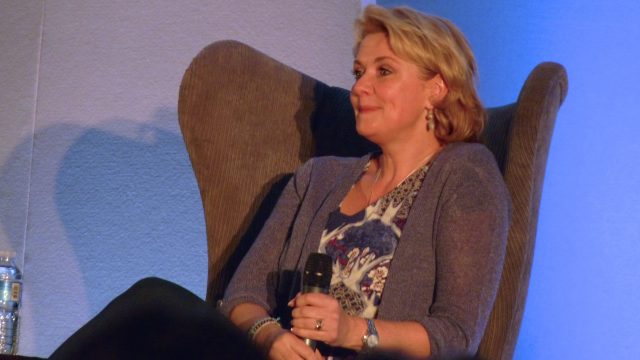 GABIT Events has announced that its latest weekend event with Amanda Tapping — “Inspirations 2020” — has been postponed as a result of the global outbreak of the novel coronavirus.

In a statement released today on social media, the “G4” organizers said it was “with a heavy heart that we have taken the decision to postpone Inspirations: 2020 for one year until April 2021.” The Heathrow venue has agreed to reschedule the event for April 9 to 11, 2021.

We know that for all of you this will be a huge disappointment but we have been carefully watching Government advice on events and public contact and we believe that it is in everyone’s best interests that we take the decision to postpone the event now. This will help all of you around the world to look after yourselves more effectively and not have to travel to the event. We are aware that there are a high proportion of our attendees who fall into the more vulnerable groups and we feel that on the balance of risk, postponement is the best course of action.

Amanda took to Twitter shortly after the initial announcement to say that the decision was “heartbreaking but necessary.” “Not an easy decision,” she said, “but one we can all agree maintains the integrity and spirit of our event.” She urged her fans to be safe and well.

Tickets for the event will be transferable to the new dates, and the team has confirmed it will be in touch via e-mail to all attendees. 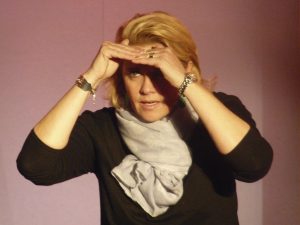 The “Inspirations 2020” fan event was due to be held April 3 to 5, 2020, at the Renaissance Hotel in Heathrow. It is the eleventh “AT” event put on by GABIT since October of 2005. The organizers created the non-profit event as a way to create an intimate space for fans to see the actress in person. (The organization’s moniker stands for “Get Amanda Back in Town!”) GABIT is meant to be an antidote to larger conventions where fans spend hundreds of dollars for what ends up being a few fleeting moments with their favorite actor while moving through an autograph line.

GABIT has also raised more than £100,000 in charity for Hearing Dogs for Deaf People, as well as supporting the SG-1 cast charities Sanctuary for Kids, Waterkeeper Alliance, and others — more than £270,000 in total.

The most recent event, “ATX,” was held in April of 2018. At the time it was advertised as the last, and drew 250 fans from 25 countries, according to YVR Screen Scene. Plans were then announced to rethink the convention in a somewhat different format.

The spread of the COVID-19 virus has impacted consumer and professional conventions in all industries. The latest to be cancelled is the SXSW film, television, music, and technology festival, which will not be held for the first time in 34 years after a cancellation from the City of Austin, Texas.

There are currently an estimated 100,000 cases of the virus worldwide, with an estimated death toll around 4,000, according to the World Heath Organization.

Other convention organizers will certainly face this same decision in the coming weeks — particularly as science fiction conventions typically draw a significant number of international travelers. On the Stargate front, FCD is still anticipating hosting the “Cal Mah 3.0” event in the U.K. at the end of May. Creation Entertainment’s “Gateway” convention is scheduled for late June in Chicago.

Stick with GateWorld for additional updates.

This is heartbreaking but necessary. Not an easy decision but one we can all agree maintains the integrity and spirit of our event. Until next year! Be safe and well. Xoxo https://t.co/20AvK5Xysx