Browse: Home / 2020 / July / Christopher Judge Talks Burnout After Stargate … And What Brought Him Back To Sci-Fi 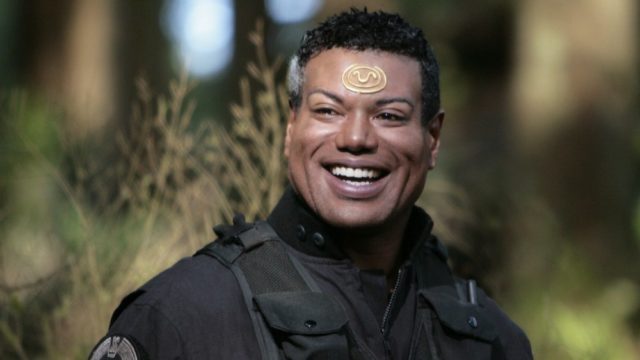 Christopher Judge on the set of Stargate: The Ark of Truth in 2007

What co-producers Mike Disa and Christopher Judge hope will one day be an ongoing television series is now out as an audio drama podcast: “Sentinels: Point of No Return” tells the story of humans fighting a war against an alien invasion force four centuries in the future – while also waging internal wars of politics, social strife, and personal demons.

The two recently sat down to talk about the project in a new, behind-the-scenes conversation. Take a look below.

Judge has a lead role in “Sentinels,” which Disa wrote. But Major Abrams is a very different sort of character than the stoic alien (Stargate SG-1‘s Teal’c) and powerful god (God of War‘s Kratos) that Judge has portrayed over much of his career. 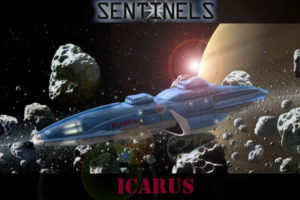 Judge credits the inspiration he took from Disa for prompting him to get back into shape. “I’ve joked through the course of my career that inside of me is a 500-pound man waiting to get out,” he said. “So I was well on my way to satisfying that emergence. And then I just thought, ‘You know what? Maybe I have something left in the tank.’ So literally because of meeting you [Mike], it inspired me to get back into the best shape of my life – which led to God of War.”

The two became fast friends and creative collaborators, and Judge laughs about the fact that whenever he would give Disa a note the prolific writer would come back the next day with 24 new pages of script for him to read.

In “Sentinels” Judge plays Major Joseph Abrams, the veteran first officer of the Earth ship Achilles. Abrams is a genetic “purist,” who is resistant to the sort of racial integration that the outbreak of an alien war forces upon Earth’s space-based military.

Judge said that the project has been a grounding experience for him, in the midst of personal struggles over contemporary issues of race and racism — which in recent years has driven him to take a hiatus from social media. 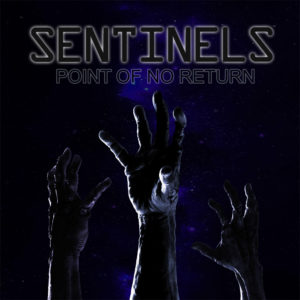 “What ‘Sentinels’ did is give me a chance to not only focus on something else but also gain some perspective. And also to right my wildly spinning-out-of-orbit mind. I remember recording [the epilogue]. The words that Mike wrote … I broke down I don’t know how many times reading it, just because it was so prescient. And it was like you saw inside my soul, into really what I was thinking and feeling. And it was salve on freshly opened wounds. It was just brilliant.”

“It’s always up to the performer to determine, ‘How much of myself do I want to divulge?’ And I just thought it would be perfect if I allowed the conflict in me to be evident in the conflict of Abrams,” he said.

The interview comes on the heels of Episode 6 of the audio drama, “Apotheosis of the Dead,” which is now available. It marks the mid-point of the 12-episode story, adapted from the 2-hour pilot script. The two had planned to begin shopping the series this year, before the coronavirus shutdown caused the entertainment industry to grind to a halt.

In the full, 34-minute conversation the two also talk about how they met and began working together, the genesis of “Sentinels” and its focus on war, politics, and economics, and Chris’ own journey of self-discovery. Give it a listen below, or subscribe to “Sentinels: Point of No Return” on iTunes, Podbean or wherever you find your podcasts.

If you are enjoying “Sentinels” or want to check it out, though, be sure to finish Episode 6 before listening to this conversation so as to avoid some story spoilers! Each episode accounts for about one act of a screenplay, putting them at around 10 or 11 minutes.