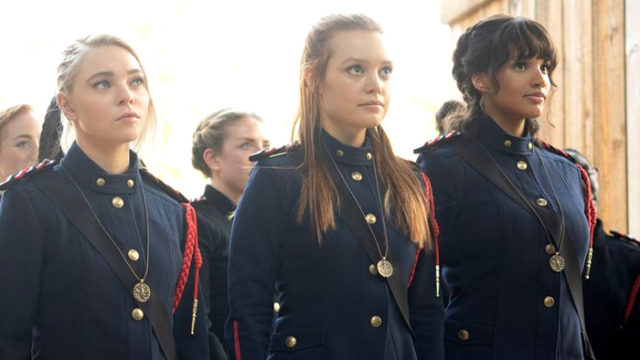 Stargate’s former co-star turned director extraordinaire has signed up for another genre series – only this time, it also comes with an executive producer credit.

Amanda Tapping (“Samantha Carter”) announced on social media today that she has joined Freeform’s fantasy series Motherland: Fort Salem as an executive producer and director. Tapping directed one episode (Episode 3) during the show’s first season, which aired this past spring on Freeform in the U.S.

The series in an alternate timeline where witches ended their persecution more than 300 years ago with the Salem Accord. In present-day America, now powerful and long-lived witches use their supernatural tactics and weapons to fight for their country as a part of the nation’s armed forces.

Take a look at the trailer below.

How big a deal is this? Though Tapping has recently directed for the likes of Batwoman, The Flash, The 100, Blindspot, and Supernatural, this is the first time since her own series Sanctuary that she has made a more long-term commitment as an executive producer on an ongoing series, according to IMDb.

Motherland: Fort Salem is written and created by Eliot Laurence, who serves as an executive producer alongside Kevin Messick, and Will Ferrell and Adam McKay (from Saturday Night Live). Steven Adelson, Erin Maher, Kay Reindl and Bryan Q. Miller also serve as executive producers on the series.

My new gig! So excited to be here and work with this team!! 🥰#motherlandfortsalem

Freeform? what is that?

It used to be ABC Family. Mostly YA shows.

It’s a basic cable channel in the U.S. Freeform’s primary audience is the young female demographic (18 to 35).