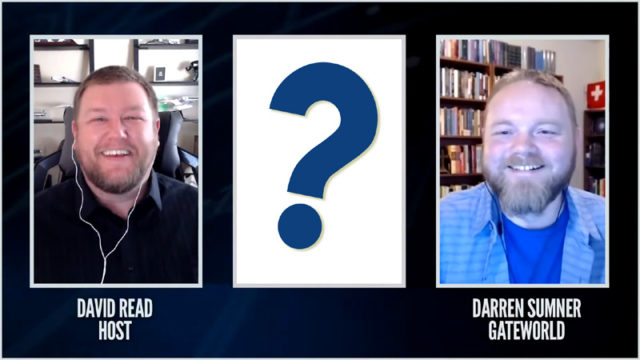 The new Stargate interview series “Dial the Gate” has announced more than two dozen special guests for this fall, featuring a wide variety of Stargate cast members, fan-favorite guest stars, and writers and producers from the sci-fi franchise. Presented by GateWorld and hosted by David Read, the show streams live each weekend on YouTube.

The show premiered on Saturday with Read and GateWorld creator Darren Sumner. Check out the video below to watch the reveal of the entire guest roster! 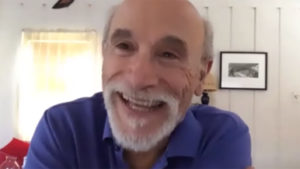 Kicking things off this weekend are Tony Amendola (“Bra’tac”), Joe Flanigan (“John Sheppard”), and Joseph Mallozzi (writer and executive producer), along with the team from RPG-maker Wyvern Gaming. Mallozzi will appear regularly over the months to come as we chronicle his career and his entire body of Stargate work.

The full list for the fall season and into 2021 includes old friends we’ve talked to many times over the years here at GateWorld — but also a few who we will be talking with for the very first time. That includes Sam J. Jones (fan favorite Aris Boch), SGU‘s Julie McNiven (“Ginn”) … and also one of the creators of Stargate.

Dean Devlin will join David live on Saturday, October 17 (2 pm PT, 5 pm ET). Dean produced the original 1994 Stargate feature film, and co-wrote the script with director Roland Emmerich. Since then his film and television credits span from Independence Day and Bad Samaritan to Leverage, The Librarians, and The Outpost.

Confirmed guests as of today include:

Guest appearances are subject to change based on their availability, of course. (Christopher Judge, who was announced on Saturday, was originally scheduled to appear this week but has to reschedule his appearance.) We’ll keep the full schedule updated at DialTheGate.com.

Each episode of “Dial the Gate” will typically run for around 90 minutes, including a chance for fans to ask questions live in the chat. (Be aware that, when two guests are scheduled on the same day, they probably won’t appear back-to-back but rather in two separate streams.) Expect at least one show on Saturdays, and also some on the occasional Sunday.

For those who can’t tune in live we will also post highlights on GateWorld’s YouTube channel, and on the DTG channel. Sign up now to receive alerts.

Be sure to check the upcoming “Dial the Gate” schedule for dates and times! We’ll be listing livestream times for the upcoming two weeks, and also posting news updates about the show right here at GateWorld.