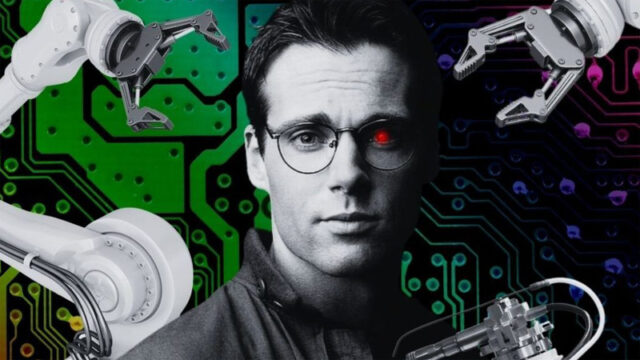 Technology is taking over the world, and at this rate that might be the only way we get new Stargate. And our friends at The Companion are on it.

This weekend the online science fiction magazine will host a livestream to talk about their upcoming Stargate A.I. project. Along with Stargate’s television co-creator, Brad Wright, The Companion is exploring how to use an artificial intelligence program to write a Stargate television script … hoping to then convince some of the franchise’s beloved cast members to sit down for a table reading of the computer-generated story.

The livestream event will update fans on the project and its unique challenges, and give fans a chance to ask questions. It takes place this Saturday, September 11, starting at 1:00 pm Pacific time (4:00 pm Eastern, 9:00 pm GMT). 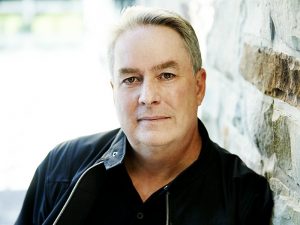 The Companion says that brand new technology will be used to generate a Stargate script from artificial intelligence, with an expert from Google making individual bots to become each character.

Brad Wright himself will host the conversation. He will be joined by Laurence Moroney, Lead Artificial Intelligence Advocate at Google, as well as Stargate Atlantis co-star (and A.I. and tech geek) David Hewlett (“Rodney McKay”).

Moroney himself is no stranger to Stargate. When Stargate Universe premiered back in 2009 he worked for Microsoft, lending his skills to creating a virtual walk-through of Destiny for Stargate’s official Web site. (You can see screencaps from that project in our gallery.)

Hewlett, meanwhile, has been entertaining fans this week by posting “audition” videos for the A.I. table reading on social media. Here’s just one sample of this quality, quality acting:

Ha! Apparently there are a few fellow Bladerunner fans on Twitter…thanks to everyone for humouring my questionable life choices! ;-) 🤖 https://t.co/UOz04qiRGC

Last chance to join me, Saturday 1pm PT @bradtravelers + @lmoroney on @TheCompanionApp for a galactic first reading of a New AI created #Stargate Script!
And if you’re as cheap as I am, you can watch with my free trial right here: https://t.co/5PpaaGgd64 #SGAI #MckAI pic.twitter.com/VlnT4Rosew

After finally “convincing” Wright, Hewlett has been confirmed by The Companion as the first cast member to be officially confirmed for the table reading.

Learn more about the Stargate A.I project at The Companion! This weekend’s livestream is limited to subscribers only, but the site is currently offering a 1-month free trial for newcomers. 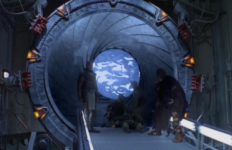 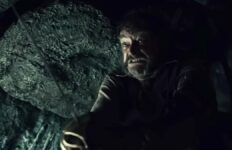 Hope you all can join us. There’s some really interesting stuff in this meeting. Not least a discussion of what AI is *not* (i.e. Robot Overlords! :) )

And glad you remembered my Universe PhotoSynth work. I was also the author of the (alas, cancelled) SG Comic Books (Stargate Universe: Icarus, and Stargate: To Align the Stars)