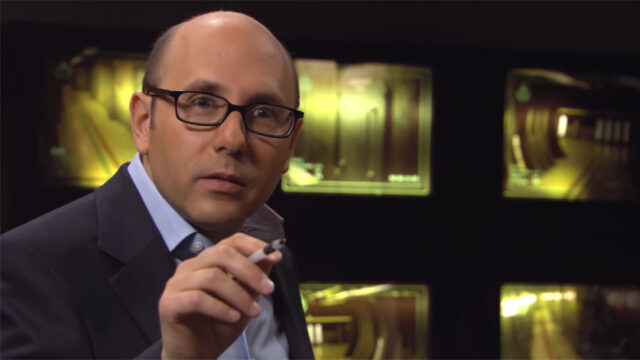 One of Stargate SG-1‘s most beloved guest stars and friends has died: Willie Garson was just 57 years old.

On Stargate he played the quirky fish out of water Martin Lloyd — an alien from another planet who loses his memory of his true identity after crash-landing on Earth. After meeting Jack O’Neill (Richard Dean Anderson) and discovering he has no home planet to go back to, Martin settles into his new life and creates the hit sci-fi television show Wormhole X-Treme! … based not-so-loosely on his knowledge of the Stargate program.

After that first appearance in Season Four’s “Point of No Return,” the episodes “Wormhole X-Treme!” and “200” allowed Stargate to celebrate its one-hundredth and two-hundredth episode milestones in style. Both episodes featured Garson’s character, and were loaded with the show’s own brand of self-deprecating humor and in-jokes for fans of the genre.

Garson’s long acting career spans decades, with his first screen credit coming in 1986. And he was one of those rare performers who seemed equally adept at both comedy and drama. After making appearances on the likes of Family Ties, Cheers, Friends, and NYPD Blue, he went on to the roles he is perhaps most known for: he played Stanford Blatch, best friend to Sarah Jessica Parker’s character in Sex and the City. And on White Collar he played the conman Mozzie.

He was currently reprising his role in the Sex and the City, which is currently filming. 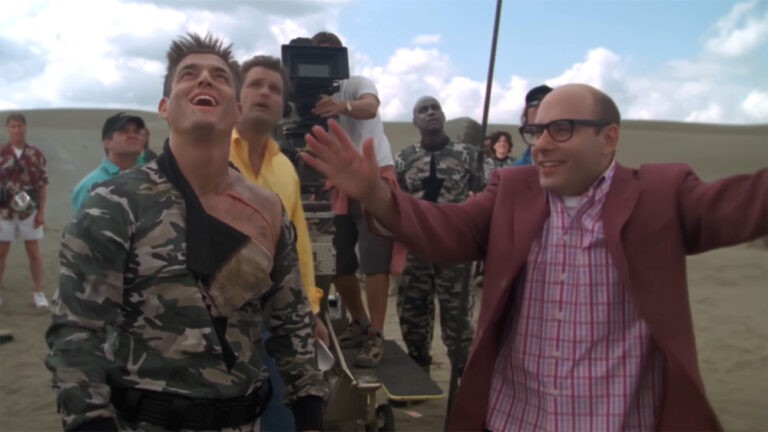 Garson was born in Highland Park, New Jersey in 1964. He earned a theater degree from Wesleyan University, and attended Yale Drama School. His screen credits total more than 70 films and 300 hours of television. He also did theater work and was committed to several charities, including Doctors Without Borders, Habitat for Humanity, and the Alliance for Children’s Rights.

Deadline reports that Garson’s passing after a battle with cancer was first announced on social media by his son, Nathen, as well as friend and fellow actor Titus Welliver. Garson’s longtime manager also confirmed the news to Deadline.

The New York Times subsequently reported his cause of death as pancreatic cancer.

Garson’s son wrote on Instagram: “I love you so much papa. Rest In Peace and I’m so glad you got to share all your adventures with me and were able to accomplish so much. I’m so proud of you. I will always love you, but I think it’s time for you to go on an adventure of your own. You’ll always be with me.”

In February Garson made an appearance on the Stargate interview series “Dial the Gate,” talking at length about his character and his experience with the show. Watch a short clip below, or see the complete conversation on YouTube.

Our deepest condolences to Willie’s family and friends in this time of grief.

There are no words. I love you dear brother. We are fewer pic.twitter.com/Q4Sblb7Nqw

I’m so sad. He was such a great comic actor. RIP.

So heartbreaking. Quite a character indeed