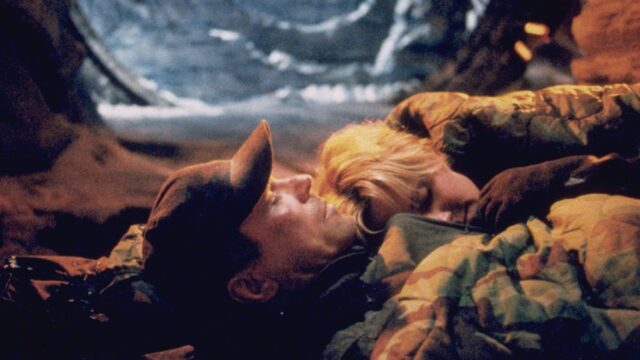 One thing that Stargate SG-1 leading man Richard Dean Anderson brought to the show was a steady dose of humor each week. Anderson made the character of Colonel Jack O’Neill his own, and his version was ever ready with a witty quip for a teammate or barb for a villain.

Anderson was playful on set, and often ad-libbed a line here or there. Although this often meant calling upstairs to the writers to OK a change to the scripted dialogue, Anderson himself had a bit more leeway than other cast members — since he was also an executive producer on the series. 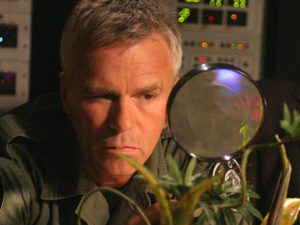 As a result fans of the show often wondered which lines were scripted (by the also funny writers) and which came from the actor’s twisted mind. That includes a gag from an early fan favorite that aired during the show’s first season.

In the episode “Solitudes,” Colonel O’Neill and Captain Samantha Carter (Amanda Tapping) found themselves trapped together in an ice cave. O’Neill is gravely injured, and the teammates must huddle together for warmth (building on a bit of sexual tension already emerging early in the season).

Stargate SG-1 co-creator Brad Wright wrote the episode, and in a new conversation with Anderson he said that O’Neill’s quip during this moment was actually scripted — not ad-libbed, as many fans have thought over the years.

Here’s a short clip with the story:

Wright also says in the clip that he had to go to bat with the U.S. Air Force (who served as military consultants) to keep the line in the script.

The exchange comes in Richard Dean Anderson’s upcoming appearance on Brad Wright’s “Conversations in Sci-Fi” podcast. The premiere is just a few days away, with a livestream event this Saturday, January 22 (2 p.m. Pacific, 5 p.m. Eastern, 10 p.m. GMT), at The Companion.

The full conversation will be available on demand on January 23, along with a shorter cut that will be free for those who aren’t subscribed to the site. 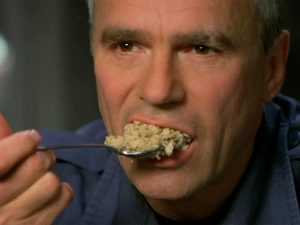 The Companion is an online subscription platform dedicated to science fiction television and film. They produce original articles, podcasts, and more, and Wright himself is a contributor. Readers can sign up at TheCompanion.app, and use the code GATEWORLD for an extra $10 off an annual subscription.

Now is a good time to sign up, as The Companion is currently advertising a 50% lifetime discount ($34.99 annually, or 40% off a monthly subscription).

Stick with GateWorld for more from Wright and Anderson’s conversation following this Saturday’s premiere. And subscribe to GateWorld on YouTube for new video content every week!

WHAT WAS THE LINE

I find it both shocking and really cool that the Air Force could have a voice on the show’s script. Obviously the show benefitted from having them offer insight into how things are done, but i find it shocking that they could actually have some sort of influence/opinion as to what can be said on a science fiction show. I think that is part of what made this show so great. If I’m not mistaken, i believe they also utilized scientists as well? SGU? My favorite collaboration with the military is the submarine breaking through the ice in Continuum. That… Read more »