Browse: Home / 2022 / December / Christopher Judge Came Out Of A Dark Place To Become The God of War 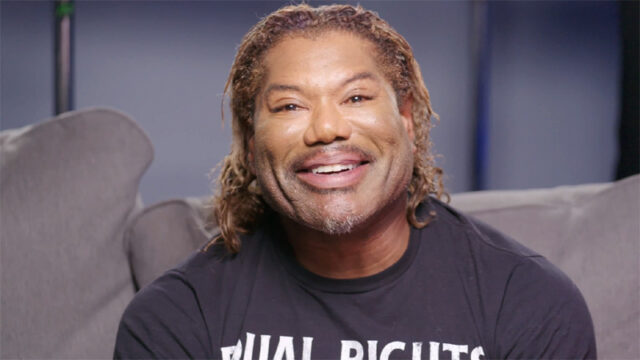 Former Stargate SG-1 co-star Christopher Judge is pulling back the curtain on a difficult chapter of his past — after his years on SG-1, and before he was cast in his latest career-defining role as Kratos in the God of War video game franchise.

Judge opens up in a brand new video with The Companion, hosting a panel discussion on the theme of “Elevating Black Voices in Sci-Fi.” He shares how a pair of run-ins with the law forced him to get sober.

“It’s going to sound weird,” Judge said: “DUI saved my life. Got one in 2010, got one early 2011, [and] was forced to go to a 12-month and then an 18-month [program]. It was so good I took six years to finish it! Because I didn’t want to just be out there on my own. … It opened me up to love, being loved, feeling like I was worthy of being loved — like I deserve love and I deserved to love others unconditionally.”

Watch this clip for more from Judge:

“After Stargate I came back to L.A. from living in Vancouver and found out it didn’t matter [that] I’d been on TV for ten years,” Judge told the group. “It was back to literally auditioning for three lines.” It was only after he embraced sobriety in 2012 that he landed the leading role in God of War — and only after his agent convinced him he needed to be open to working in the video game industry.

In the 2-hour discussion Judge and the panelists explore not just the pain of the past but the challenges of filmmaking and creativity as African American voices in the entertainment industry today. From The Companion:

A new wave of African-American storytellers are telling stories their own way in Hollywood, but what price was paid to get here, and how far is there to go?

Chris Judge, joined by a multi-generational panel of African American actors and storytellers, will discuss the pain of their past and the promise of the future with this new generation of filmmakers, showrunners and game producers.

Judge played the stoic Jaffa warrior Teal’c for ten years on Stargate — eleven if you count SG-1’s two movies in 2008. Today he stars as Kratos in Sony’s smash-hit God of War series. The newest title, God of War: Ragnarok, just released last month and earned him recognition for Best Performance at the 2022 Game Awards.

The full video “Elevating Black Voices in Sci-Fi” is exclusive for subscribers to The Companion, an online magazine with original content and events across the spectrum of science fiction film and television. (Take a look at the trailer below!) Right now readers can sign up for a 100-day free trial — or, use the code GATEWORLD to save $10 off a paid subscription.

It was so incredible to join these intelligent, insightful, beautiful people to have this important and uplifting, (and funny) conversation . Our panel , “Uplifting Black Voices in Sci-Fi” can now be seen on ⁦@TheCompanionApp⁩ Enjoy! “You, Me, WE”. https://t.co/ZS85tiaYob

How do I like this. I would give him a hug if I had the chance.

Hey, I was just happy to see him working again.
I didn’t know any of this, but thank whomever you give thanks to that it worked out.

I truly hope this helps people get past skin color and voice actors. It doesn’t matter what skin color you have, it’s only the talent that matters.

Well, of course you have to look like the actual character you are playing. What I would really like to see are people with talent who don’t have to have really good looks. I’ve seen many talented people who are that way and probably will never get jobs because they aren’t considered really attractive. It’s really the acting ability that should count. With popular music it’s similar. Classical musicians and people who love that music could care less. Music has nothing to do with what a person looks like. It’s ability and how they play, and that is all that… Read more »

Nothing But Facts
Reply to  Thepersonyouhate

Surely the best way to get past it is to not bother mentioning it in the first place !?!

It’s weird that we mention his color but not the fact that he’s am American citizen. Don’t look back, you’re not going that way.

I was just thinking how TV and movie stars and popular music musicians can get addicted to drugs or alcohol, have depression or even bipolar disorder, and have DUIs and they’re still respected. But if you aren’t a well known actor or musician and you have these problems, you’re seen as trash….

Anyway, I’m glad he’s happy now. I loved Stargate SG1 and loved his acting and the character he played.