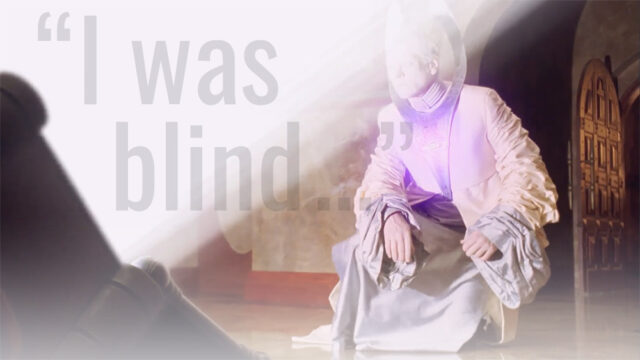 The 2008 movie Stargate: The Ark of Truth put a capstone on Stargate SG-1‘s final story arc. SG-1 takes the Odyssey through the Supergate to the Ori’s home galaxy, searching for a legendary piece of technology left behind by the Ancients long ago — all while the villainous Adria (Morena Baccarin) tries to thwart their efforts and complete her conquest of our own galaxy.

The Ark of Truth was written and directed by Robert C. Cooper — and the film ultimately concludes the Ori storyline in a way that, like much great science fiction, raises ethical questions. “Dial the Gate” host David Read asked Cooper about it in an upcoming interview premiering this weekend.

In short: Is the Ark of Truth itself just a brainwashing device? Does it convince people of an objective truth — or just whatever its programmers have input?

“It was not a ‘repository of true facts,'” Cooper explained. “It was a device that gave you the ability to see the truth. So if you had a multiple choice test and there were five answers, and four of them were lies and one of them was the truth, you would know which one was the truth.

“And I know that sounds like magic, but that’s essentially what it was: a way of convincing you that what you were believing in was a lie.”

The film opens many millions of years ago, when the Alterans decided not to use the device on the Ori. The Alterans favored the objective, scientific exploration of the universe — while the Ori were becoming increasingly zealous fanatics bent on imposing their will upon others.

Ultimately the Alterans chose to leave their galaxy to avoid a conflict. They migrated to the Milky Way, where they seeded human life and eventually built the Stargate network. After millions of years they came to be called “the Ancients” by their allies.

In the present day, after the Ori send their followers to invade our galaxy on a crusade to force conversions to the religion of Origin, SG-1 decides that using the Ancients’ lost technology is morally necessary.

Cooper explains that, in effect, the use of the Ark would cause the zealot’s blinders to fall away — instantly showing the Doci and the Priors, for instance, that the Ori’s promise of ascending their followers was a lie.

While you’re there, be sure to also subscribe to GateWorld’s YouTube channel for new videos every week!

I’ll always remember that movie with the scene Teal’c was walking on the mountain :D

Yes, the music in that sequence was beautiful.

Looking forward to the interview, Always do a great job