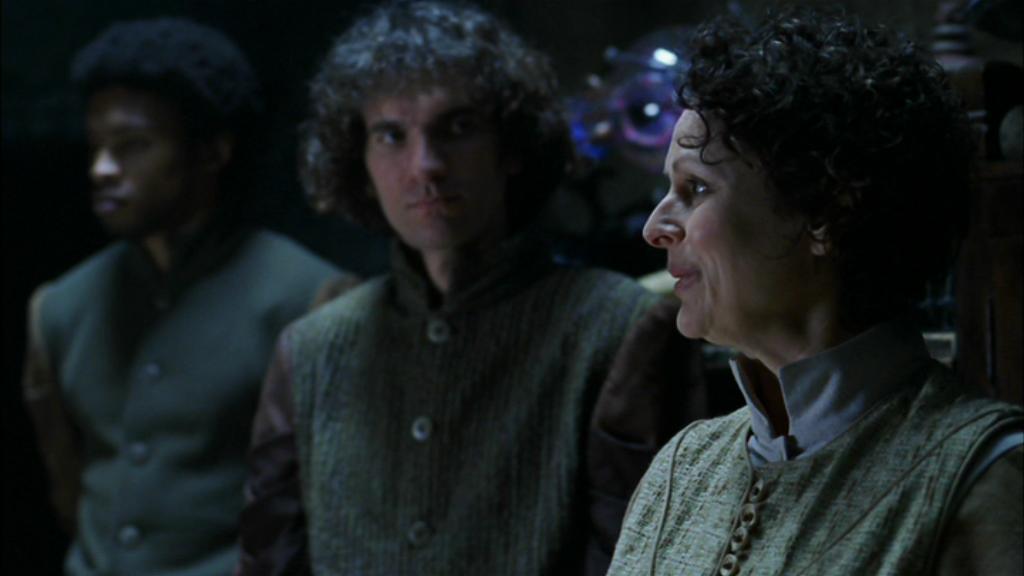 A race of people who who originated in a distant galaxy and eventually traveled to the Milky Way Galaxy, where they became known as the Ancients. Many evolved to live on a higher plane of existence, and came to believe that they should not interfere with the lives of mortal beings.

The Alterans left some behind in their home galaxy, who also learned to ascend and became the Ori. The Ori took on an entirely different philosophy, believing they should be worshiped. They regarded the Alterans as evil, as those who abandoned the path of enlightenment -- and who kept the existence of human life in the Milky Way Galaxy a secret from them.

Avalon, Part 1 - Daniel uncovers an Alteran history book and deduces that they were the species from which the Ancients evolved.
Avalon, Part 2 - Daniel and Vala use Ancient communication stones to visit Ver Eger, perhaps once an Alteran village, now run by a great threat.
Origin - Daniel comes face-to-face with the Ori, and learns that they believe the Alterans to be evil.
Stargate: The Ark of Truth - Countless years ago, a scientific splinter group of Alterans choose not to brainwash their brethren with a powerful device but instead leave for a world to call their own.