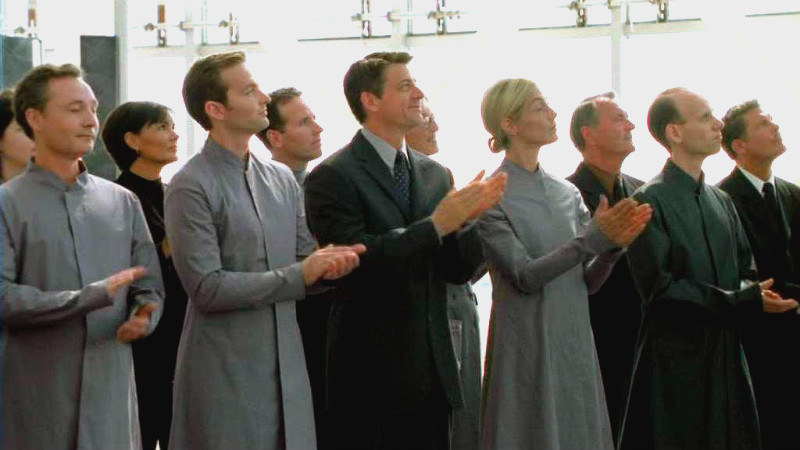 An alliance of Aschen-occupied planets. Earth nearly joined this alliance in 2001. The Aschen invite newly-discovered worlds into their confederation and share their advanced technology, only to gradually eliminate the population and use the member world for their own purposes. The planet Volia, for example, was transformed from a thriving metropolis into sparsely-populated farmland in just a few generations.

In an averted timeline, Earth had joined this confederation, and learned a decade later that the Aschen were slowly wiping out Earth's population by radically reducing the planet's birthrate.