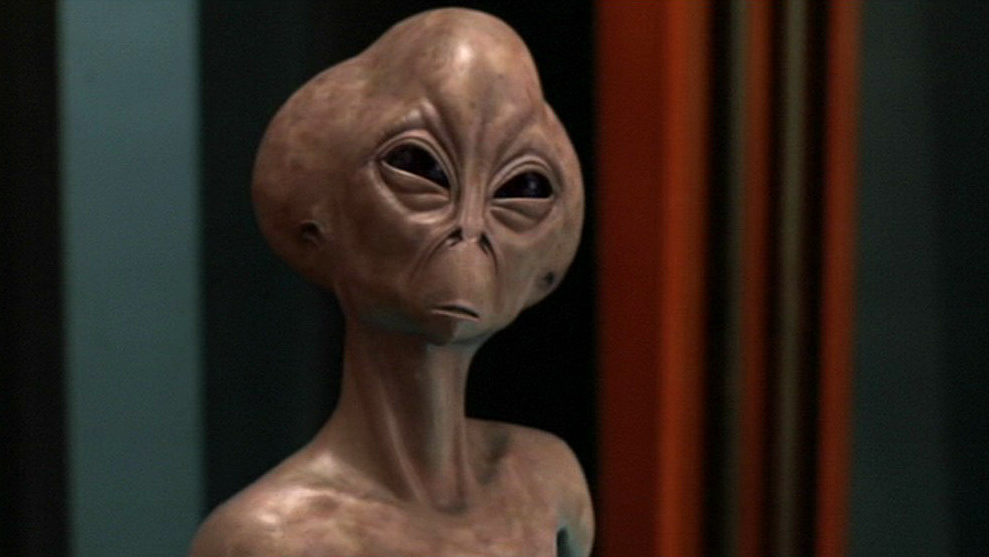 An Asgard scientist eager to uncover the genetic mysteries of his species' ancestors, Heimdall was willing to risk his own fate to protect a vital experiment he is pursuing. He was fully aware that because the Asgard had become unable to sexually reproduce, the species was forced to clone themselves (copies of copies of copies), effectively making them a dying race.

Heimdall led a research outpost set up in the Milky Way Galaxy, far from the threat of the Replicators, and was determined to discover a link between his ancestors and the present-day Asgard. Their scientists came across a capsule that had drifted between the Milky Way and Ida galaxies, containing an ancient and primitive Asgard with the ability to reproduce through meiosis. Unfortunately, the outpost was located by Anubis's envoy, Osiris, and destroyed. But SG-1 helped Heimdall escape with his ancestor's remains aboard a Tel'tak.

It was Heimdall's hope that he would be able to locate ties within the two genetic pools of past and present Asgard to release the deadlock of forced reproduction through mitosis (cloning), perhaps saving the Asgard from this sole means of reproduction and, thus, saving the entire species from certain extinction. Unfortunately he was unsuccessful in his program.

It is believed (but not confirmed) that Heimdall perished when the Asgard race collectively ended their civilization, unable to solve the genetic degradation problem in their reproductive cloning program.

Revelations - SG-1 rescues Heimdall from his remote laboratory when the secret facility is attacked by the Goa'uld. Heimdall reveals the Asgard's precarious existence as cloned beings.
Ripple Effect - Kvasir reports that Heimdall is conducting urgent business with Thor in a neighboring galaxy.