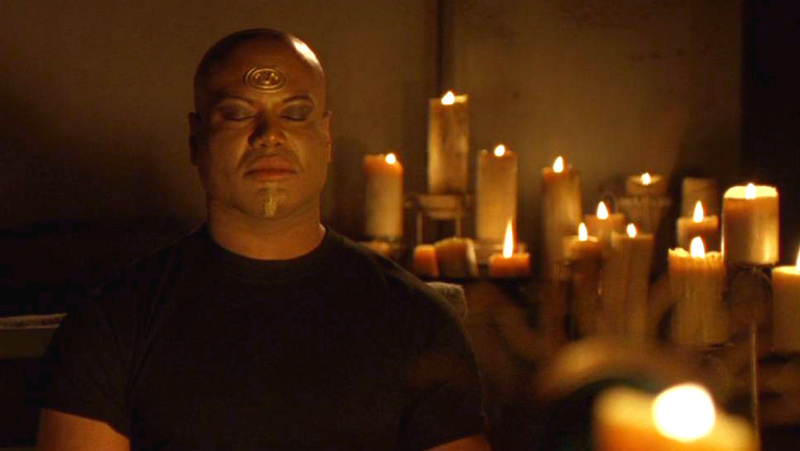 A form of deep meditation, which Jaffa are required to perform on a regular basis in order to survive. During kelnorim, both Jaffa and symbiote are as one being, giving the symbiote, if needed, the instructions it needs to repair injuries or illness in the body. It is also possible for their minds to intermingle.

Generally, kelnorim is a replacement for sleep -- which Jaffa do not do.

Holiday - Colonel O'Neill experiences kelnorim when his consciousness is transferred into Teal'c's body, which has contracted an illness.
Demons - Teal'c survives an attempted execution by drowning by entering a state of kelnorim, allowing his larval symbiote to sustain his body.
Crossroads - Shau'nac instructs Teal'c in using kelnorim to reach out to the mind of his larval Goa'uld symbiote.
Beneath the Surface - His memory blocked by alien technology, Teal'c falls dangerously ill when he does not know his body requires kelnorim.
Tangent - Trapped in a Goa'uld death glider heading into deep space, Teal'c initiates kelnorim to conserve oxygen.
Orpheus - Teal'c teaches Daniel kelnorim meditation, in the hopes that it will help him recover his lost memories.