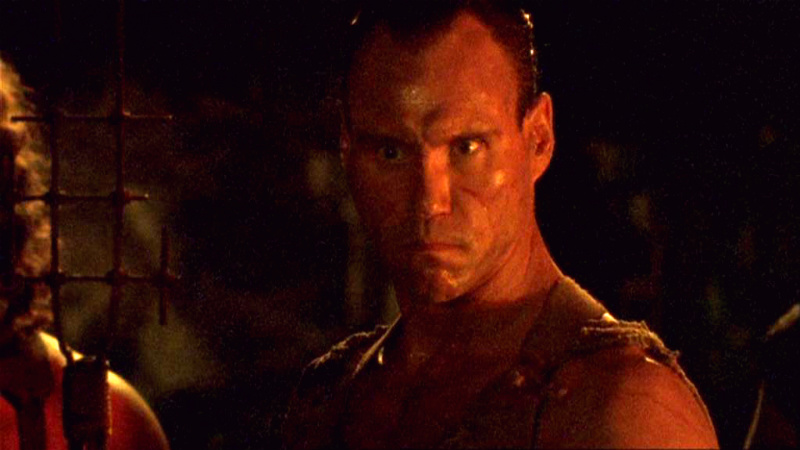 Denizen of the prison moon of Ne'tu, lieutenant of Na'onak before and after he was revealed to be Apophis. Kintac was often dispatched to retrieve prisoners and administer the hallucinogenic Blood of Sokar to them.

Kintac and the rest of Ne'tu's population, minus Apophis, were killed when the planet's core was destroyed by a Tok'ra explosive device -- destroying the entire moon.

Jolinar's Memories - Kintac administers Na'onak's rule, instructing subordinates to kneel before him.
The Devil You Know - Kintac forces SG-1 and Martouf to drink the Blood of Sokar and continues to pledge his loyalty to Apophis, but is left on Ne'tu to die.