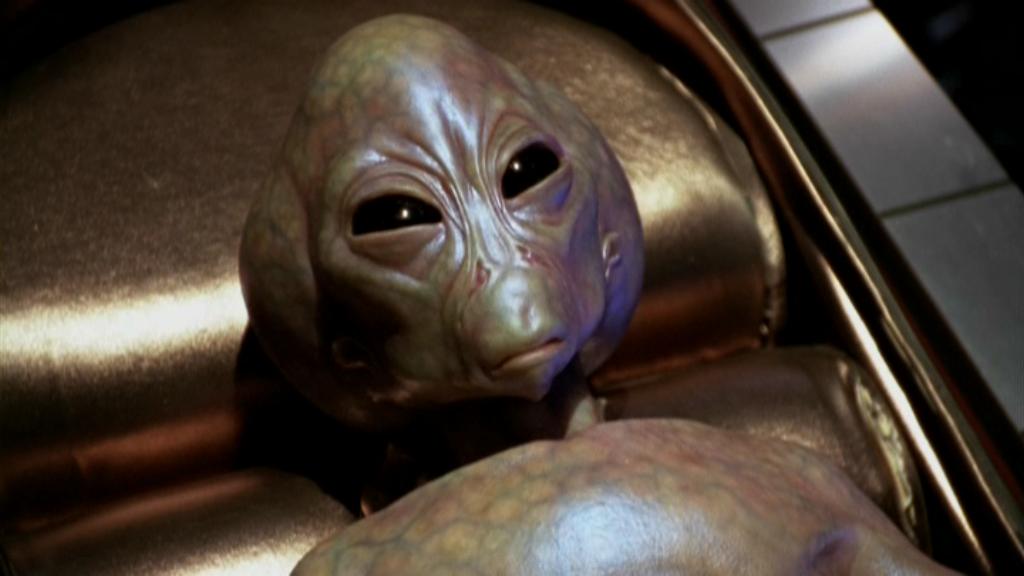 Taking his name from the Norse god of mischief, the Asgard Loki is responsible for many "alien abductions" on Earth. A rogue scientist looking to gain insight into the Asgard's own genetic past (in order to save their dying race, which must rely on cloning to perpetuate itself), Loki took humans from Earth to his science vessel in orbit.

For roughly 19 years, beginning in the mid-1980s, Loki was forced by the Asgard leadership to cease his experiments -- until the Asgard conflict with the Replicators came to a head. During the aftermath of bottling up the mechanical bugs on Halla, Loki returned to Earth while the Asgard were occupied with other matters.

Loki, not realizing that Jack O'Neill's DNA was "tagged" by the Asgard, created a cloned duplicate of the Colonel, and was apprehended and handed over to Thor by SG-1. The Asgard punished him for his actions against Earth's people.

Presumably Loki perished when the Asgard race collectively ended their civilization, unable to solve the genetic degradation problem in their reproductive cloning program.

Fragile Balance - Loki abducts Jack O'Neill and replaces him with a clone, who only matures to his teenage years. SG-1 in turn captures the rogue scientist, and turns him over to the Asgard.