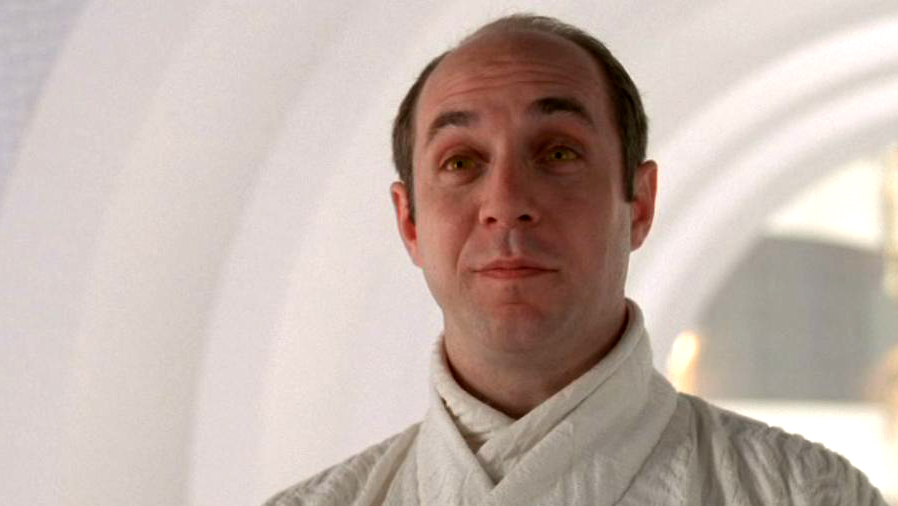 Gadmeer envoy, conceived in the Enkaran form from the Gadmeer terraformer, to peacefully negotiate the relocation of an Enkaran settlement. Lotan did not want the destruction of the Enkarans, but informed SG-1 and the people that the terraforming process for the ship had commenced, and simply had to be finished on the world that had been designated as the new Enkaran homeworld for an ancient race of Goa'uld-oppressed Enkarans.

At first, the Enkarans thought him to be little more than a messenger of their destruction. However, Lotan was open to options. Consulting Daniel Jackson, he experienced the atmosphere that the Gadmeer vessel was creating, and found it to be inhospitable to his Enkaran body. He and Daniel took a walk through the Enkaran village, allowing Lotan to see all that the Gadmeer vessel would destroy.

Back aboard the ship, Lotan discovered a naquadah reactor Jack O'Neill and Samantha Carter rigged to detonate, in hopes of destroying the vessel. Both he and Jackson, through searching the Gadmeer planetary library, were able to locate the original Enkaran homeworld. Destroying the bomb high in the atmosphere, Lotan and Jackson returned to the surface with an offer to take the Enkarans to their original planet. The Enkaran settlement leader, Hedrezar, encouraged Lotan to remain with them. Lotan, little more than a day old, informed them that his tasks with the ship were now complete, and he would do so.

Scorched Earth - Lotan is created as an intermediary between the will of the Gadmeer and the peaceful settlers of the new Enkaran homeworld.