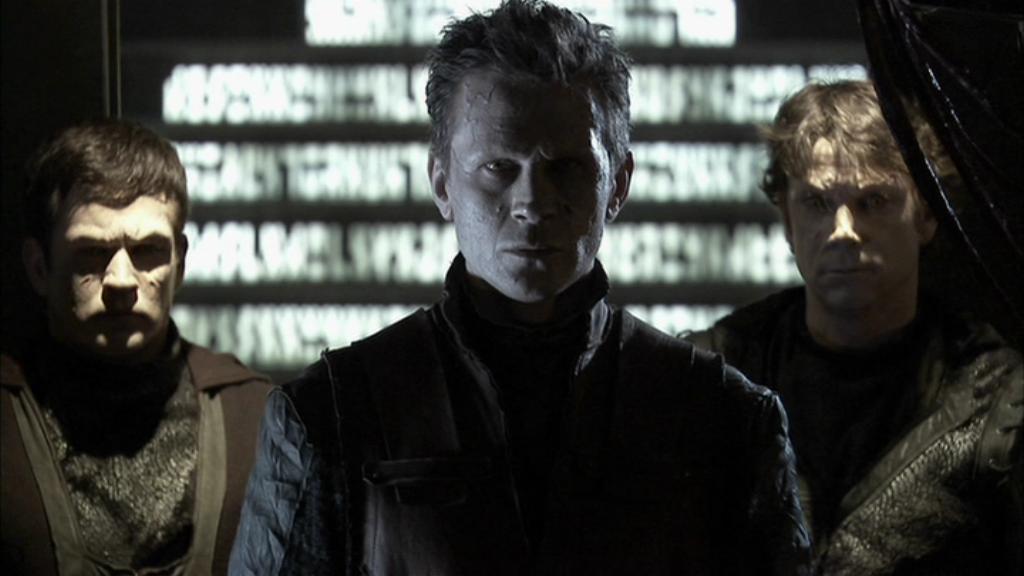 Genetically engineered race of beings created by Michael. A cross between the iratus bug, Wraith and human, Michael took more than a year developing various phases of the race before arriving at a formula which would satisfy his needs most.

The first generation of soldiers were along the order of giant, bipedal iratus bugs. Later incarnations included a race of sightless beings which hunted by sound and emitted a gas from their necks, thus disguising themselves.

Michael attempted at least two prior generations of creations before arriving at the right balance -- beings with certain "superior" qualities of Wraith, but without the need to feed on humans. The final generation required human hosts to which Michael's hybrid DNA would mold. The Athosians were among the first inhabitants of the Pegasus Galaxy Michael used for his experimentation, including Kanaan.

Michael's hybrids serve many functions, but their primary purpose is to protect their creator. Additionally, they serve as ground troops and are trained to operate both his equipment and Wraith technology.

It is likely Michael's hybrids are programmed with the same genetic code he has gifted his other creations: an inability to turn on Michael himself.

It was Michael's plan to use Torren Emmagan, the son of Kanaan and Teyla Emmagan, to further perfect his hybrids. As both parents possessed the gift of Wraith DNA, so did the offspring. Twice Michael attempted to acquire the infant, and twice he failed.

Vengeance - Michael's first iteration of hybrids appear in the form of giant bipedal iratus bugs.
Missing - Michael kidnaps the Athosian people in order to begin perfecting his latest generation of hybrids.
The Kindred, Part 1 - Teyla finally locates Kanaan, the father of her unborn child, and to her horror discovers that he is but one of many of Michael's hybrids.
Search and Rescue - Kanaan is persuaded to leave Michael's Wraith cruiser, dealing both he and his new race a critical blow.
The Prodigal - Michael and a team of his hybrids infiltrate Atlantis via Puddle Jumper to claim Torren Emmagan and destroy the base.