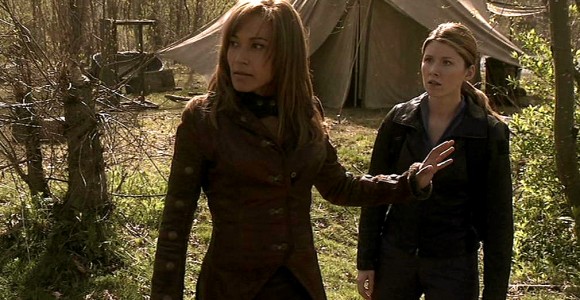 During a visit to New Athos, Teyla and Dr. Keller find themselves on the run from a primitive tribe of warriors.