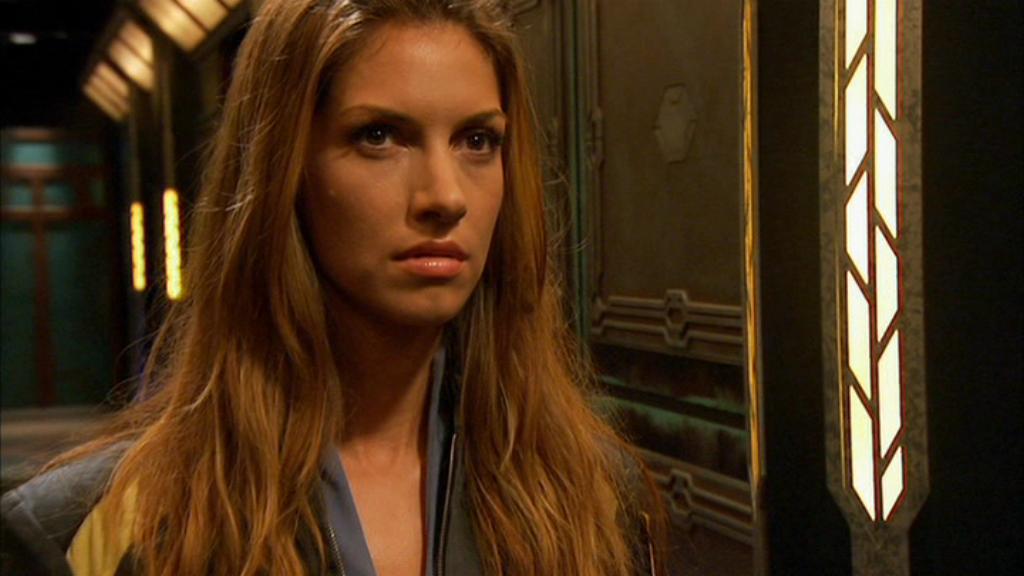 Thief from the Pegasus Galaxy, who accidentally switched bodies with Atlantis's Jennifer Keller after encountering a piece of alien technology.

Neeva led a small band of thieves, including Jannick and Bordal, in trying to steal valuables from a storehouse in a village. There they found an Ancient communication terminal, which Neeva activated. She was surprised to suddenly find herself in Jennifer's body, standing in a corridor in the city of Atlantis -- while Jennifer found herself in Neeva's body, and was quickly captured and sentenced to death.

Always cunning and driven by her own self-interests, Neeva tried to blend in and, eventually, steal a Puddle Jumper to escape the city. She also stabbed Dr. Zelenka, nearly killing him, and was eventually caught. Colonel Sheppard's team took her back to the planet to find Dr. Keller, and managed to deactivate the Ancient device and return both women to their own bodies -- just in time for Neeva to apparently be shot dead by her former cohort, Jannick.

Identity - Neeva Casol occupies the body of Jennifer Keller in Atlantis, while Keller is placed in the body of the hardened criminal.