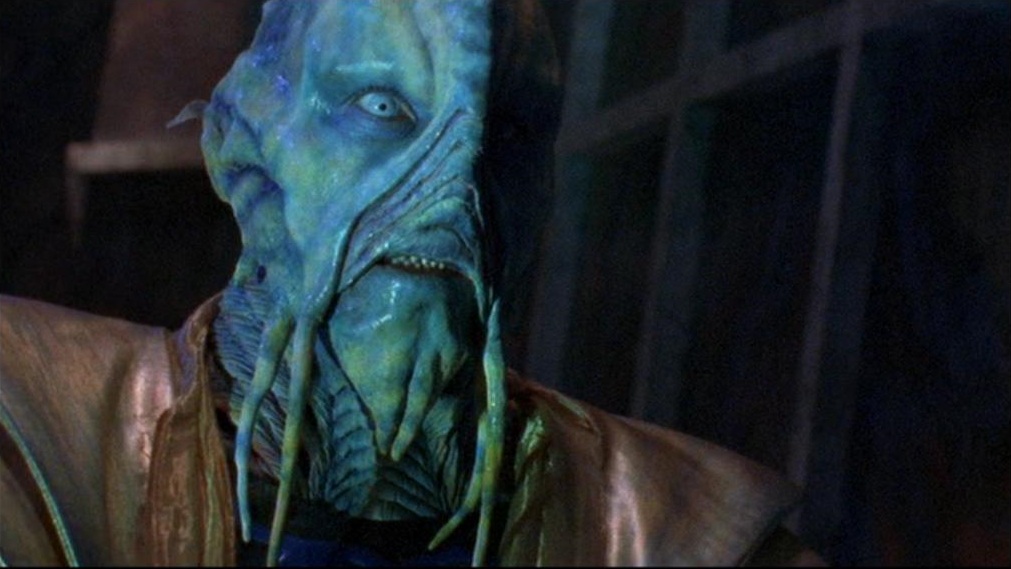 Member of the Oannes race who spent thousands of years (since the Babylon era) searching for his mate, Omaroca. With the arrival of SG-1, Nem captured the four and returned them to his laboratory beneath the ocean. Studying their minds, he determined Daniel Jackson was the only member with possible knowledge of the disappearance of his mate. He gave the others the memory of Jackson's death so he could keep the archaeologist and use him for the duration he required.

Nem provided Jackson with further information on Omaroca's disappearance, explaining that she was an enemy of the Goa'uld Belos. Probing Jackson's mind with his technology, he discovered Belos was responsible for murdering his mate.

Fire and Water - Nem, continuing his search for his wife, discovers four members of the planet of people who built Babylon, and returns with them to his lab for study.