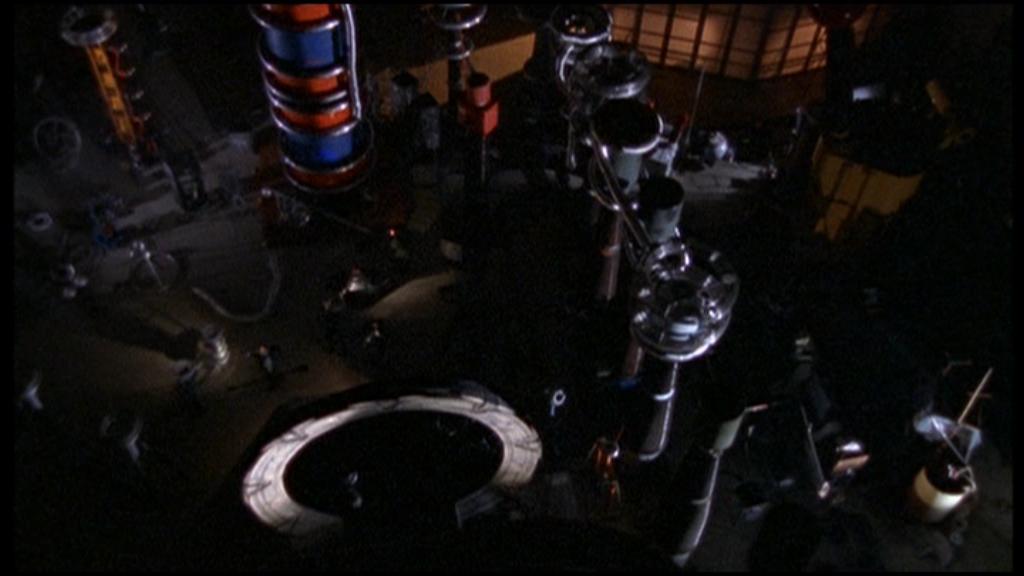 A once-advanced world devastated long ago by the Goa'uld, the inhabitants of P3R-233 were entirely wiped out. The planet's surface was deemed radioactive by Jaffa after the Goa'uld had departed, and uninhabitable. The advanced society used the Stargate to explore the galaxy, bringing back artifacts and technologies to their world, including the quantum mirror and two Ancient communication stones.

Before their destruction -- at least in one alternative universe -- the people of P3R-233 learned the location of the world from which the Goa'uld attack originate, and transmitted a message into deep space with the planet's Stargate coordinates.

There But For the Grace of God - SG-1 gates to a world destroyed long ago by the Goa'uld, only to uncover the population had acquired an artifact that allowed Dr. Jackson to see the future fate of his Earth.
Point of View - After two people travel through the quantum mirror to our reality, General Hammond incorrectly identifies its planet of origin as "P3X-233."
Citizen Joe - Jack O'Neill is inadvertently connected to an Ancient communication stone while Daniel catalogs artifacts recovered from P3R-233.