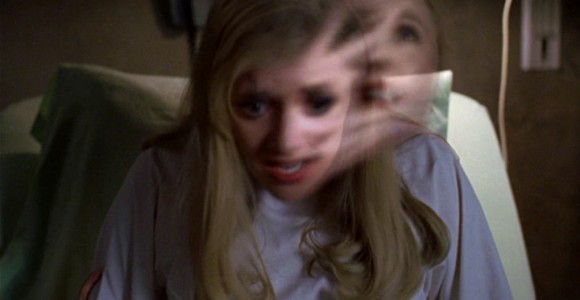 SG-1 must free an alternate reality Earth from a Goa'uld invasion after duplicates of Samantha Carter and Charles Kawalsky come through the quantum mirror.

A year and a half ago, Daniel discovered a dimensional mirror that was part of a collection of advanced alien technology on another world. He activated the mirror and was unknowingly transported to an alternate dimension – one where he was not a part of the S.G.C., and where Teal'c was leading a Goa'uld invasion of Earth ("There But For the Grace of God").

After his return, the quantum mirror was placed in storage on Earth. Now, travelers have come through the mirror: it is Samantha Carter and Major Charles Kawalsky from another alternate reality.

The visitors have escaped the Goa'uld invasion (led by the alternate version of Teal'c) of the S.G.C. complex, and hope to live out their lives in this reality. General Hammond makes a request to the U.S. government, and secures permission for them to stay in our universe permanently. But when the presence of two Samantha Carters begins to threaten the life of the alternate Carter – the alternate Sam goes into convulsive shock, caused by temporal entropic cascade failure on the cellular level – they decide that the visitors must go back if she is to live.

To do this, SG-1 will use the mirror to cross over and help free Earth from the invasion. They believe that if they can contact the Asgard in the parallel universe they will come to Earth's aid, as they have in our reality ("Fair Game"). To do this, the two Carters work together to reactivate the depleted Ancient power modulator that O'Neill built several months ago, when he had the Ancients' library of knowledge downloaded into his brain ("The Fifth Race"). When attached to the power control systems in the S.G.C., this will allow them to dial the 8-symbol gate address necessary to reach the Asgard's galaxy.

Our Sam Carter must stay behind, lest she suffer the same fate as her duplicate in the other reality. Kawalsky shows Daniel how to dial the quantum mirror to try and find the correct planet – a much less precise undertaking than dialing a Stargate – and the team goes through. They find themselves in a storage closet with Jaffa passing by the occupied complex.

Teal'c, in full Jaffa dress uniform, confronts his duplicate, offering him the choice to join them in the liberation of this world – or die. Clearly, the other Teal'c is not as enlightened. Our Teal'c shoots him dead, much to Jack's surprise. But Teal'c is unfazed, telling him that our own reality is the only one of consequence. He stealthily takes his place leading the occupying force.

Meanwhile, the rest of the team hooks up the power device and makes it to the Stargate, and implementing an automated dialing program to contact the Asgard. The alternate Carter is stopped by one of Apophis's Jaffa on her way to the Stargate, but Teal'c uses his influence to help her escape, shouting at him to stand down. Carter disappears through the gate – but Teal'c's efforts are not without cost. He and the team are captured by Apophis.

He has them bound and forced to their knees in the Gate Room. One by one, he questions them, zatting Daniel when he doesn't hear what he wants to. Apophis has already killed the alternate universe's General Hammond. Their is apparently no hope.

But suddenly the Asgard arrive in force, freeing Earth from the Goa'uld occupation. Jackson locates the correct reality to return to (eventually), and the alternate Carter must say goodbye to the man who is almost her husband.