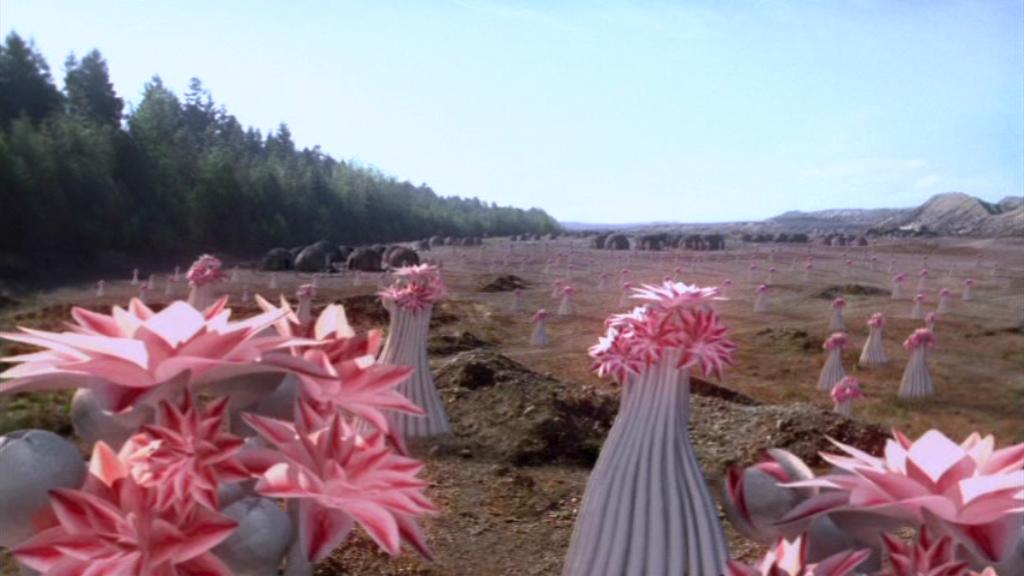 Planet home to a developmentally simple, humanoid people. The world holds many wide-open spaces suitable for habitation by the species, who live in groves of igloo-like caves. These creatures live on the planet in a deep-rooted symbiosis with an unusual form of plant life.

The Stargate lies a substantial distance from this population. A U.A.V. originally detected them, but was pulled to one of the unusual plants by strange sound waves, damaging the organism and setting the life-cycle off balance.

It was eventually discovered that the low-level sound waves were responsible for regulating and maintaining a constant balance in the ecosystem, which was mutated when the U.A.V. crashed. The proper sound wave was eventually restored with a generator that was brought to the planet.

One False Step - SG-1 visits PJ2-445 and find an unusual symbiotic relationship between the humanoids and the unusual plant life.