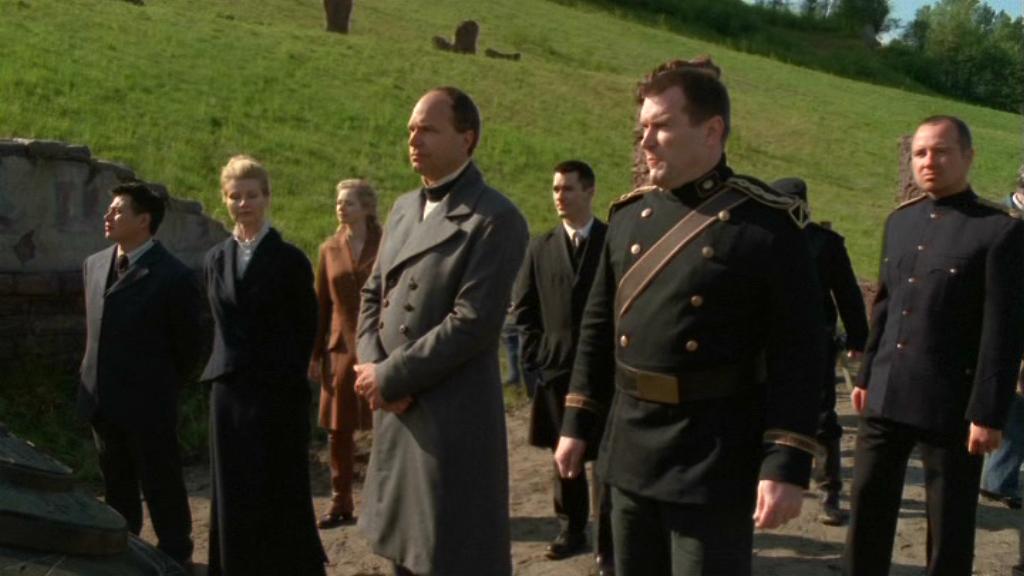 Technologically young and relatively trusting, the Pangarans welcomed Earth visitors after only a month of radio contact, eager to share what they had with the off-worlders -- particularly Tretonin, which makes much of the population immune to any diseases. They are roughly equivalent in technological development to Earth in the early twentieth century.

The Pangarans are a human offshoot species, whose ancestors were transplanted from Earth long ago by the Goa'uld -- who have since deserted their world. Their world was once occupied by the Supreme System Lord Ra, who maintained a base of operations there. It was on this world where legend wrote he fought Egeria (the mother of all Tok'ra) to the death. In actuality, he buried her symbiotic form alive in a Stasis jar beneath his temple. Ra was later driven away by his enemy, Shaq'ran, who rebuilt over the ruins.

Several decades ago, the Pangarans unearthed the ancient Goa'uld temple, as well as the Stargate. Though the people were able to determine that the gate is a means of travel, they were unable to deduce any valid addresses to dial.

Pangaran society is organized in a hierarchy where the contribution status of the individual is paramount, making many ineligible for certain benefits -- chiefly tretonin, which about 20 percent of the population has received. Once the leaders realized the tretonin was growing scarce, it was not long before they discovered they would not be able to survive without it, leaving alive only those who had never taken it.

The Pangarans derived tretonin from the symbiotes of the Goa'uld queen Egeria, whom they had unearthed (still alive in a stasis jar) in the dig. Following Egeria's blending with another Tok'ra host, she explained that she purposely contaminated the symbiote genome in the hopes that the Pangarans would discover the danger and stop. As her final act, Egeria corrected the genetic anomaly and saved many in the Pangaran population from death. The Pangarans remain repentant allies of Earth, and the Tok'ra.

Cure - SG-1 arrives on Pangar, a world populated by people who suffer from no diseases, and possess an important secret: a symbiote-derived immunity drug called tretonin.