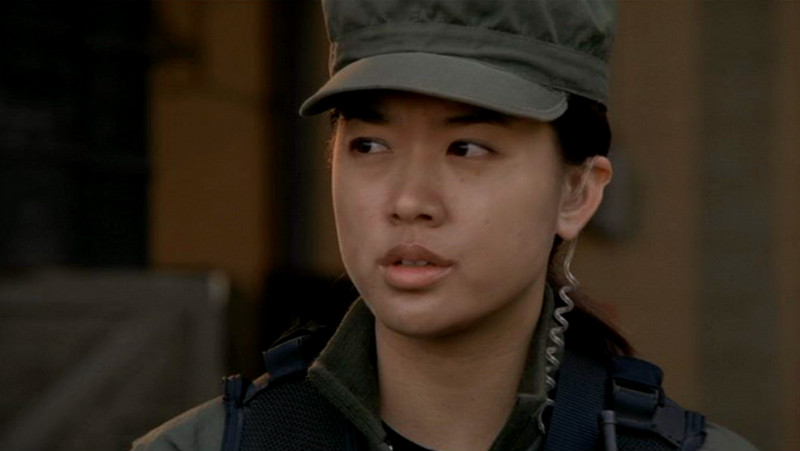 Despite this, she and the rest of her team succeeded at their goal of retaking Stargate Command from a foothold situation, learning soon after that the entire event was a hoax. She had utilized her knowledge on the history and technologies encountered by the command, including the mission to Argos where SG-1 encountered nano-technology.

Proving Ground - Satterfield is an Academy cadet along with three other individuals, eager to make a place for herself at the S.G.C.