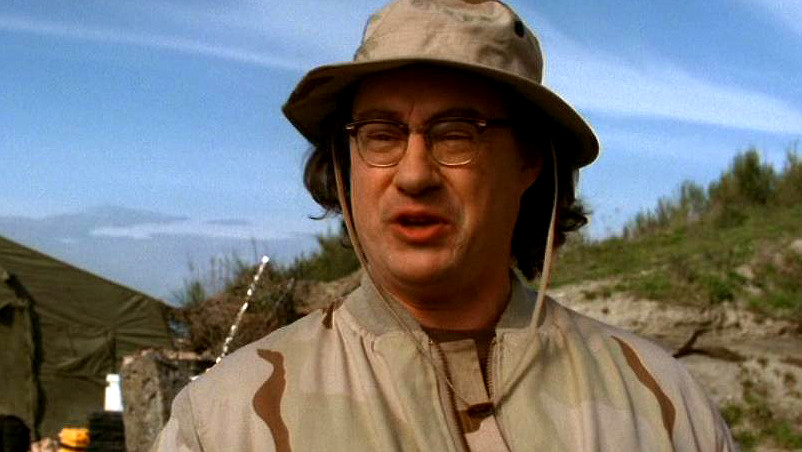 Quirky scientist who works at Stargate Command alongside Dr. Jay Felger, Dr. Coombs also teaches Applied Math at Yale University. He is a devout follower of Star Trek creator Gene Roddenberry, and often cracks jokes in the general direction of the genre. He and Felger infiltrated a Goa'uld mothership in the hopes of rescuing SG-1 after the team was captured, but learned that the team had allowed themselves to be taken in order to meet with a Tok'ra spy.

Aiding them in what ways he could, Coombs commandeered a control base and freed the team from a Goa'uld holding cell.

PLAYED BY - John Billingsley
FIRST APPEARED - The Other Guys

The Other Guys - Dr. Simon Coombs and Dr. Jay Felger believe SG-1 has been kidnapped, and ring aboard a Ha'tak to come to their aid.
Avenger 2.0 - Pretending to carry on a conversation with Dr. Coombs via telephone, Jay Felger actually gets a phone call from his mother.