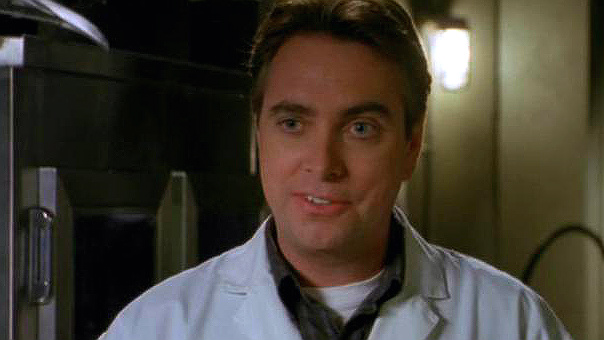 Brilliant scientist stationed at Stargate Command, where he is responsible for the development of new weapons and technologies. He possesses four post-graduate degrees, but is something of a mamma's boy. Before joining the S.G.C. his idea of a high-pressure situation was defending a mathematical thesis in front of a room of balding, middle-aged men; now he's faced the Goa'uld on multiple occasions.

Felger idolized SG-1 and read all about their missions, and was in awe when he was in their presence. His dream to be in the field came true when he took it upon himself to rescue the team after they were captured by Jaffa forces. Transporting aboard the Goa'uld ship with Dr. Simon Coombs, he learned the team intentionally allowed themselves to be taken captive in order to meet with a Tok'ra spy in the service of Anubis.

The mission fell apart when First Prime Herak discovered his master's secret and killed the Tok'ra spy, and then imprisoned SG-1. Felger and Coombs were successful in freeing the team and reaching the Stargate to escape back to Earth.

Despite the fact that he was nearly killed, Felger never ceased to idolize his favorite team and brag about how he and Jack O'Neill stood back to back in the heat of battle against the Jaffa. He fantasizes about Samantha Carter, but in real life isn't very lucky with the ladies. He is, however, oblivious to the feelings his assistant, Chloe, has for him.

PLAYED BY - Patrick McKenna
FIRST APPEARED - The Other Guys

The Other Guys - Felger is thrilled to have SG-1 babysit his team of scientists on a desolate alien planet, but then gets more than he bargained for when he realizes it is up to him to save the lives of SG-1.
Avenger 2.0 - At risk of losing his position at the S.G.C., Felger launches his idea, a computer virus named Avenger. It shuts down the entire gate network, stranding teams off-world and giving Baal an opportunity to move against his enemies.