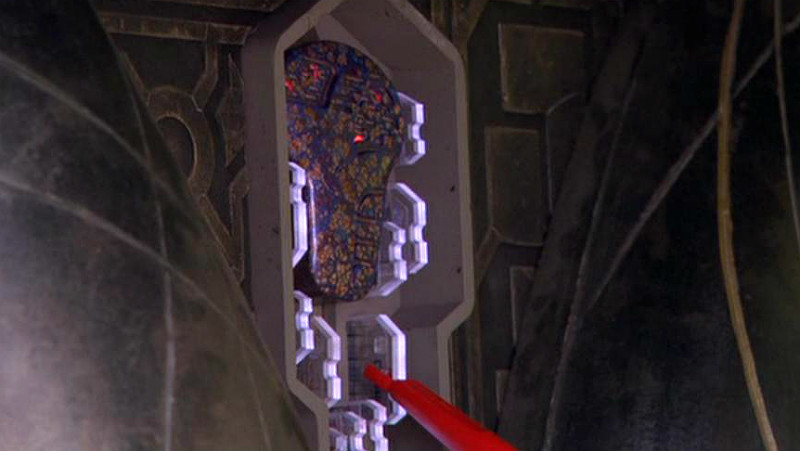 Small electronic device, appearing to be Ancient in origin but perhaps designed by Anubis, which acts as a security measure to prevent unauthorized persons from traveling to the planet where it has been installed. The technology is attached to the base of a dial-home device, and when the Stargate is activated the device sends out a series of pulses to the initiating gate (in intervals of 8.5 seconds) -- a request for an authorization code.

If the code is not transmitted before the timeout period (logically the amount of time it would take for matter to travel through the gate) the authorization device forces the Stargate to essentially "call-forward" the matter stream to a random Stargate. Travelers are neither harmed nor prevented from gate travel, but only rerouted to a different destination.

The technology is extremely useful for safeguarding material on the world where the unit is placed. It can also be re-programmed to dial a specific planet rather than a random one. Even if the incoming matter stream is from said planet, the information can be stored in the Stargate's buffer until that same gate can be reactivated -- then returning the information to its sender.

Prototype - Carter finds the first evidence of a Stargate authorization device, used by Anubis to protect a project on P3X-584.