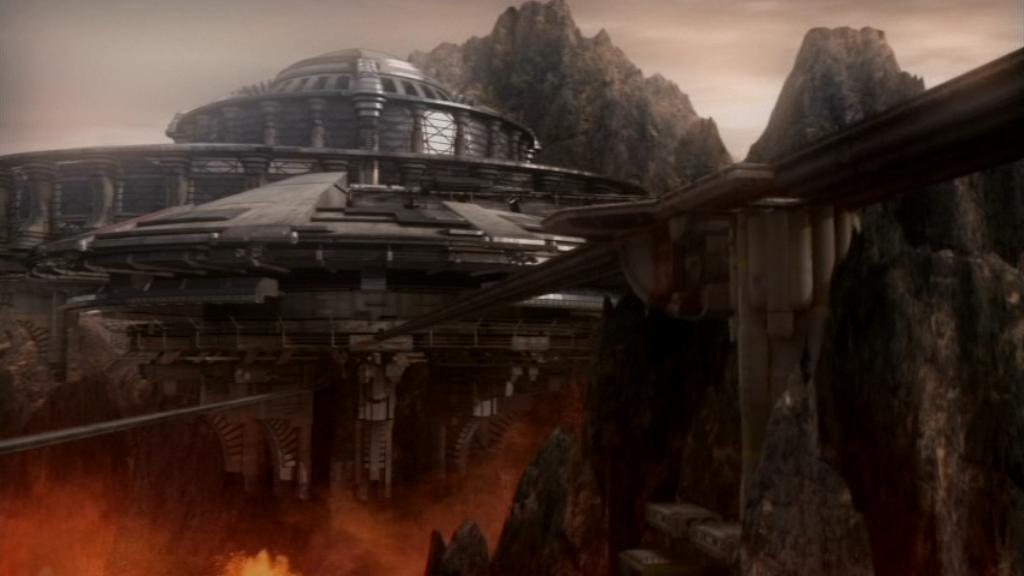 The Kull warriors' planet of origin, where Anubis has established a base of operations.

Tartarus is defended by a powerful sensor array, preventing anyone from arriving by ship unnoticed. A Stargate lies within the complex and is surrounded by a Stargate forcefield. The planet itself has many low-lying chasms, perfect for hiding a scout ship until time to rescue infiltrators.

Evolution, Part 1 - A super-soldier reveals the configuration of stars above its home planet. Further Tok'ra analysis reveals the planet to be Tartarus.
Evolution, Part 2 - Jacob Carter uses super-soldier armor to penetrate the Stargate forcefield on Tartarus, shutting down the sensor grid so that Sam, Teal'c and Bra'tac can approach by ship.
Threads - Free Jaffa receive faulty intelligence that Anubis is amassing his remaining forces on Tartarus, leaving Dakara open for a critical strike.