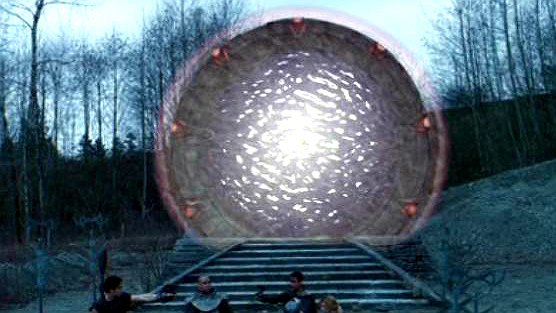 Device that encases a Stargate in a forcefield to prevent unwanted intruders from arriving on a planet. Similar to Earth's iris, the energy shield encompasses the entire gate. It becomes invisible once polarized. Also like an iris, it can be deactivated by a specific code transmitted through the gate. The energy shield may also be breached using the energy-resistant armor of the Kull warriors.

Earth's Atlantis base in the Pegasus Galaxy -- constructed by the Ancients themselves -- has a forcefield on the Stargate that can be easily activated and deactivated. A Stargate forcefield also encompasses the gate on the planet Erebus, preventing invaders from infiltrating the Jaffa labor camp located there. The gate at Anubis's base on Tartarus is similarly protected.