For the race of this name, see Tobin 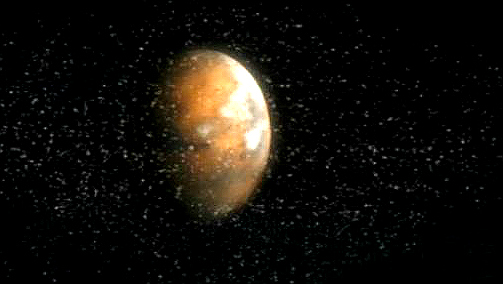 World that once was home to the long-dead civilization of the Tobin, a technologically advanced race whose intellect eventually led to their own destruction. Tobin is still orbited by hundreds of thousands of mines -- a testament to the ingenuity, and ultimate death, of the race.

The planet is now inside neutral Goa'uld territory, and has been used as a rendezvous point for warring factions, as the mines would annihilate any side who chose to open fire.

The Serpent's Venom - SG-1, along with Jacob/Selmak, journey into orbit of planet Tobin in the hopes of stopping an alliance with the two largest Goa'uld armies in the galaxy, those of Apophis and Heru-ur.