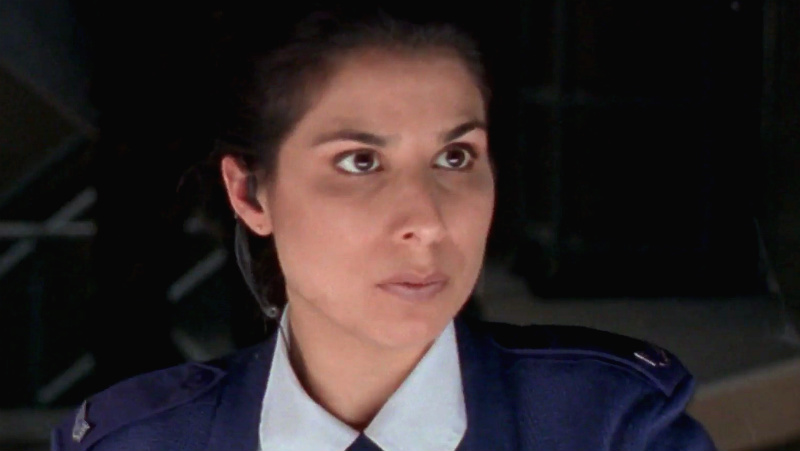 Staff sergeant at Stargate Command. Turner was a technician during the first three years of the program's operation, responsible for dialing, iris control, and other Stargate operations. (Her station is to the left of that commonly used by MSgt. Walter Harriman.)

Note: Though this character sometimes appears in the show's credits as "Technician Davis," on screen she can be seen wearing a name tag that reads "Turner." We have opted for this name because it appears in-universe.

There But For The Grace of God - Sgt. Turner mans the S.G.C. operations center, alongside Walter Harriman.
The Serpent's Lair - With Earth under threat from Apophis, Turner helps to coordinate the evacuation to the Alpha Site.
Prisoners - Turner is unable to prevent Linea from dialing out and escaping through Earth's Stargate.
Bane - (Turner's name tag can be seen in this episode.)